Some magistrates’ courts in England and Wales are up to four times more likely than others to send a woman to prison, figures obtained by the Howard League for Penal Reform reveal today (9 July).

Research by the charity shows that, on the whole, magistrates are handing down fewer jail terms to women than in previous years – but there is a striking disparity between sentencing rates in different parts of the country.

For example, magistrates’ courts in Cumbria imposed immediate custodial sentences in 2.7 per cent of the cases they heard during 2011. This was almost four times the rate recorded in criminal justice areas such as Lancashire, Lincolnshire, Northumbria and Wiltshire.

The figures suggest that, while many courts are making good use of community sentences which help cut crime and turn women’s lives around, other benches are imposing prison terms unnecessarily in some cases.

Overall, magistrates’ courts reduced their use of custody for women by a third between 2001 and 2011.

The maximum sentence that a magistrates’ court can impose is a six-month prison term, or up to 12 months in total for more than one offence.

The figures are to be discussed today (9 July) at the annual general meeting of the All Party Parliamentary Group on women in the penal system. The group was set up in 2009 under the chairmanship of Baroness Corston and with administrative support from the Howard League.

Frances Crook, Chief Executive of the Howard League for Penal Reform, said: “We welcome the drop in the use of short prison sentences for women in recent years, but it remains the case that a woman convicted of a non-violent offence is more likely to go to prison than a man.

“Women who find themselves in court often need a lot of support. They are often victims of crimes themselves such as domestic abuse or pimping. Sending these women to prison for a few weeks is not the answer to the complex issues in their lives.

“We are concerned that legislation currently going through parliament may make the situation for women worse. The Offender Rehabilitation Bill extends short prison sentences with a year of supervision in the community but it is unclear how specialist services for women will survive as the government seeks to privatise probation using large regional contracts that will squeeze out small local providers.”

Four in five women were fined, and about 9 per cent of cases resulted in a community sentence. 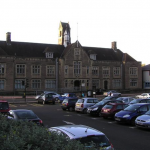 In nine criminal justice areas in England and Wales, courts imposed prison sentences on women more frequently in 2011 than they did in 2001.

Earlier this year, the Ministry of Justice published statistics which showed that short-term prison sentences were failing to cut crime, whereas community sentences have a far better success rate.

Proportion of female defendants dealt with by magistrates’ courts in England and Wales who received immediate custodial sentences: