Today sees Rhye release the Roosevelt Remix of 'Summer Days' with a gorgeous accompanying visual which you can watch below.

The remix builds on the already infectious groove of the original song that was released July 7th via Loma Vista Recordings/Caroline International, alongside 'Please'. The release of these two songs marked the group's first new music in four years and follows 2013's critically exalted 'Woman'.

About the visual, Milosh comments, "The Photoautomat is a private space within a public sphere. Located on many populated streets in Berlin, with just a curtain for privacy, the photoautomat allows people to be who they want to be unabashedly, expressing silliness, sadness, intimacy and joy. The environment that the photoautomat fosters is what we hope to encourage more of in the world we are creating: more coming together, more love, more joy and humor. It is this sentiment that we chose to embody in this video that celebrates being whoever you want to be with whomever you want to be with."

A mosaic of emotive piano keys, physical percussion, buzzing analog synths, and expansive vocals, Rhye find humanity in musicality. Driven by this approach, the group quietly transformed into a phenomenon with the arrival of their 2013 debut, Woman. The record garnered acclaim from Rolling Stone, Spin, and Pitchfork who dubbed it "Best New Album." "Open" would concurrently accumulate over 42.9 million Spotify streams, while 'The Fall' surpassed 23.7 million.

Along the way, they sold out theaters around the globe between standout festival sets at Coachella, Pitchfork, and a highlight concert in Denmark accompanied by a 49-piece all-girls choir. As the band began writing in 2016, this expansive live show indelibly impacted their second full-length album in 2017. The first single 'Please' siphons a gorgeous vocal plea through a kaleidoscope of sparse percussion and piano that's simultaneously stirring, stark, and sensual. It's a new musical experience. It's Rhye. 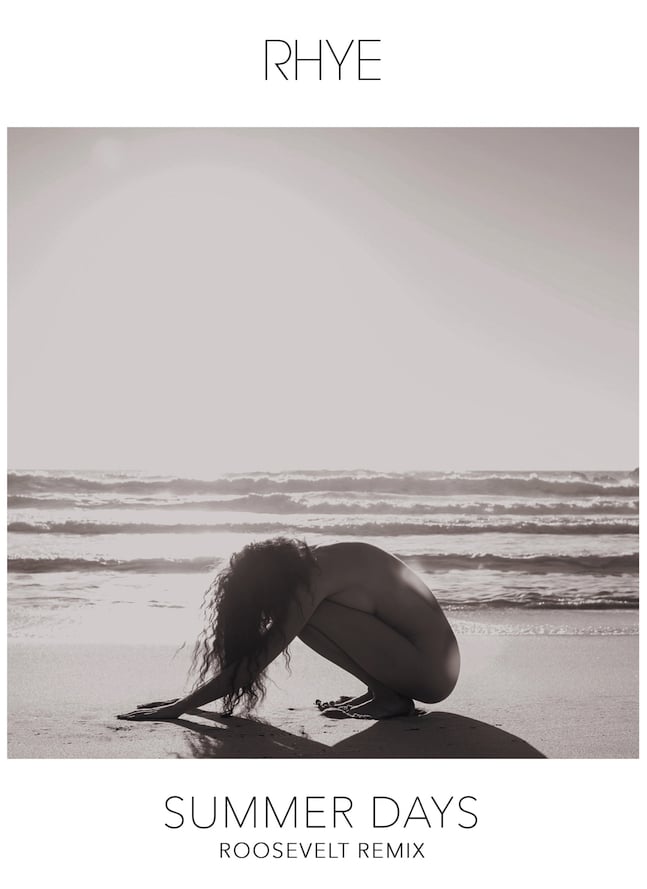 You can find 'Summer Days (Roosevelt Remix) on;

You can find Rhye online;