After nearly four years in the hands of the taxpayer Northern Rock, the first UK casualty of the credit crunch, is at last being put back into private ownership in the form of Richard Branson’s Virgin Money.

But any hopes that the UK taxpayer will make a profit from the sale seem to have been dashed.

The taxpayer has had to shell out about Â£1.4 billion keeping the Rock going whilst Virgin Money has bought it for Â£747 million immediately with Â£50 million within six months as well as Â£150 million in tier one capital notes with an added promise of Â£50 t0 Â£80 million more if it is floated successfully on the stock market within five years.

The total amount paid will also be slightly less than the bank’s book value of some Â£1.1 billion.

On the face of it the taxpayer therefore stands to lose out on at least Â£400 million.

But that is not the whole story; Virgin Money is only buying the ‘good’ part of Northern Rock. The ‘bad’ part, Northern Rock Asset Management (NRAM) will remain in the taxpayers’ hands owing at present about Â£20.7 billion.

Virgin’s Northern Rock also has a loan to deposit ratio of about 73%. This means that, unlike just about every other bank, its deposits are larger than the outstanding loans it has. This will presumably give it massive scope to start lending under the fractional reserve system once it is up and running under Virgin Money. 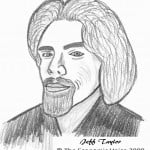 As to NRAM, although it has been returning money to the taxpayer having repaid about Â£2 billion since it was separated, there is still a long way to go before the taxpayer will be breaking even on the whole deal, let alone profiting from it. Especially when you consider that the country had to borrow this money and pay interest on it to keep the bank afloat.

In the end the UK taxpayer may well make see a return, but along the way Virgin should have made a very tidy profit too. In the first six months of this year though Northern Rock made a loss and Virgin does not expect to see a profit until the latter part of 2012, so it’s not all one way; they will still have to work for their money.

The government will also have put a bank on the high street that will effectively have new money to lend. Just what the doctor politically ordered whilst it looks like another(?) credit crunch is in the offing.

No wonder Virgin Money's chief executive and a former senior manager at Royal Bank of Scotland, Jayne-Anne Gadhia, who has been pursuing the deal, said that it was an ‘outstanding fit’.

The Chancellor, George Osborne, said "The sale of Northern Rock to Virgin Money is an important first step in getting the British taxpayer out of the business of owning banks. It represents value for money, will increase choice on the high street for customers and safeguards jobs."

Is the Bank of England exerting too much control over the property market?

The motorist hit in the pocket again