On Friday, May 9th, Virgin Disruptors will ask the big question – have entrepreneurs lost the will to innovate?

Business leaders and entrepreneurs will debate the state of innovation in 2014 at the second ever event in the Virgin Disruptors series held on Friday, May 9th at 9.30AM/PDT at The NWBLK venue in San Francisco.

The series of Virgin Disruptors events will see key cultural tensions debated online and offline, with each conversation culminating in a live debate streamed exclusively via a Google+ Hangout. Through Virgin Disruptors, Virgin will look to give everyone, no matter what side of the argument, a real voice. The latest debate will address the many obstacles currently facing disruptive entrepreneurs across the globe, which include government regulations, red tape, corruption, patent theft, antiquated laws and litigation.  Are we innovating at the same rate of the past?  What do entrepreneurs risk when attempting to disrupt the status quo and what is the future of innovation? 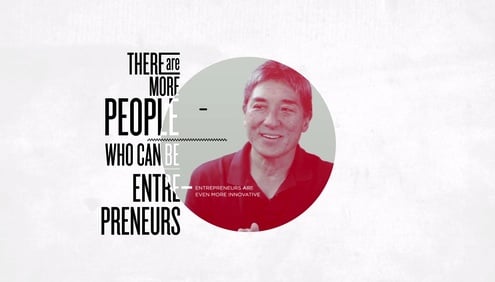 Research released today by YouGov and Virgin reveals that  70% of people in the UK believe that we are living in an age of significant innovation, while  73% of those asked in the US also agree that we are currently experiencing a healthy level of innovation. However there appears to be some disagreement as to where the focus for this apparent innovation should lie. 62% UK respondents believe the tech industry benefits the most from innovation. However, when asked what one industry they think was most in need of innovation 51% think that the healthcare sector is in greatest need of innovation. One potential block on innovation reaching the sectors that need it most are government regulations, with 43% of Americans agreeing that regulations hinder companies who attempt to innovate.

To join the conversation now, head to Virgin.com/Disruptors.