Professor Richard Dawkins and the National Secular Society have been under the media spotlight recently as their attack on religion intensifies.

The ASA's (Advertising Standards Authority) decision to ban a claim that God can Heal demonstrates the dangerous influence on society The National Secular Society (NSS) has and the impact the organisation is having on the rights of the individual to enjoys religious freedom.

Yet what constitutes 'religion'? And does the term have more than one meaning and could the interpretation of religion backfire on secularists?

It might be time for the NSS to clarify their definition of religion to ward off the debating of semantics in relation to what it is they are so fervently against.

The National Secular Society is by definition a religion in its own right, 'religion' is defined (in part) by the Oxford Dictionary as "a pursuit or interest followed with great devotion" [1] and the Secular Society certainly fervently promotes devotion to a common interest of it's members.

To quote the Secular Society on their website "we campaign from a non-religious perspective for the separation of religion and state and promote secularism", the organisation appeals to those who "share our belief in the urgent need to keep religion and politics separate".

This clearly suggests that the organisation is devoted to a single cause and urgent need is identified  therefore categorising the National Secular Society as a religion.

The point here is simple and that point is, religion does not necessarily mean identification with an exterior supernatural force, religion is a devotion to an interest or dare I say it, a belief system.

Back in 2011 the Nottingham Secular Society's President. Dennis Penaluna complained to the ASA against a church advertising God's ability to heal yet the Secular Society charter seeks a Britain where "The state does not intervene in the setting of religious doctrine or the running of religious organisations."

There is a variance in the Nottingham Secular Society's Charter which states "No State action should have the primary effect of restricting religious practice."

The Bible teaches quite clearly that healing is available and that God can heal, healing is a part of the religious practice of Christians that takes place on a daily basis.

Any validity of claims to heal are not for the Secular Society to seek the imposition of restriction upon.

The Nottingham Secular Society's website actively calls for what could be identified as an act of devotion "Place your faith, belief and trust in Medical Science" once again reinforcing my previous claim that secularism can be viewed as a religion.

Granted the ASA is not a governmental body however in these days where the grey area between state and authority is blurred one can only hypothesis about the license used by secularists in interpretation of their respective Charters.

Logical reductionism of the the world we find ourselves in is one perspective of reality, yet there are others and to suggest that scientific observation is infallible is more than just an edict, it is an act of faith.

Divination for secularists such as Richard Dawkins is takes place in the laboratory, where the high priests of science adorn white coats and stare into the petrie dish to observe and record, which will be followed by proclamations to the world at large in order to expand human understanding of our universe.

This procedure is not so dissimilar to a devoted priest tirelessly reading through the Bible to share his findings with a congregation who have faith in his divinely inspired observations.

Recently Richard Dawkins came a cropper when he predictably embarked on an attack of British Christians for their lack of Biblical grounding and knowledge and I actually think he had a point.

Speaking on BBC Radio Four, Dawkins decided to reveal the findings of a study that showed two out of three Christians did not know which was the first book of the New Testament. 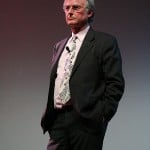 Dawkins was then asked for the full title of Charles Darwin's book "On The Origin of Species by Means of Natural Selection, or The Preservation of Favoured Races in The Struggle for Life", but because he could not remember the full title he reduced his argument to a farce.

Richard then went on to say that he felt it was a dirty trick citing the length of the title as the reason for not remembering the full title of Darwin's seminal piece of work, but even though this is an embarrassment for Dawkins he is actually right.

Those of us professing to be Christians should at least know what it means to be a Christian and have rudimentary knowledge of the Bible.

I may entirely disagree with Richard Dawkins on God and consider his aims to be dangerous to the eternal human soul (a matter I take as fact) but he makes a valid point in as much as Christianity in 21st century Britain has lost its way.

When I ask friends of mine if they are Christian or not the reply is intriguing once the yes/no answer has been established. Many of those who say yes then go one to say 'I believe in doing the right thing and treating my fellow man with respect and sometimes go to church'.

However, when pressed on their relationship with Christ, most of those who profess to be Christians unfortunately turn a blank.

Christianity is the belief that Jesus Christ died for the remission of sin and through Christ man can achieve reconciliation with God, however this is lost on many who call themselves Christians.

And who can blame them?

This is the 21st century where secularism is the dominant religion in Britain and Dawkins is unfortunately correct in as much as most Christians in Britain today do not grasp the fundamental principles of Christianity thanks to a church which has bowed down to the secularist pressures of a world turning it's back on Christ.

The Church today evades awkward questions on the nature and categorisation of sin because it might offend someone and oppose their rights to lead a certain way of life.

To most people Christianity is about being a really nice person and doing good things and that is errrm why Jesus came to Earth so he could teach us all to be nice.

Wrong, Christianity is about so much more. Yes Christ taught us to love one another and to be nice but he came to make a new covenant with mankind which would allow us reconciliation with God

Richard Dawkins and the Secular Society may be unknowingly damning us all to hell but their war against religion is nothing compared to the cowardice of our Church leaders to stand up regardless of offence to tackle head on the questions that Christians and non-Christians have about the Biblical position on worldly matters.

This is not about being militant or fundamentalist, this is about appropriating the word of God to a world desperately needing answers and, until that day comes, Richard Dawkins and secularists will continue to erode the foundation of the Christian faith through their influence on society.

I know that a large proportion of people will scoff at my Christian faith and many of you will scoff at my attack on a church which I see as ineffective in delivering the message of Christ to the modern day world. But it is my right to hold this belief and it is my religious freedom which allows me to speak.

How long I will hold this freedom for I do not know.