Rightmove: without more properties for sale prices might go up 8% in 2014

The property portal Rightmove has warned that, without more properties coming on to the market, we could well see average house asking prices rise by 8 percent next year.

Rightmove points to the supply demand problem by saying that new seller average asking prices will rise significantly unless more houses are available for sale next spring “…to redress 2013’s imbalance of 2% rise in new listings versus 13% transaction jump”.

This is despite asking prices having fallen by 1.9 percent in December. But when you consider that this fall was the smallest December drop since 2006 Rightmove says that this points to a recovery which “…is gaining momentum”.

Looking at a graph of Rightmove asking prices since january 2007 you can see that the market has settled into some sort of rhythm over the past few years with the overall trend being noticeably positive. 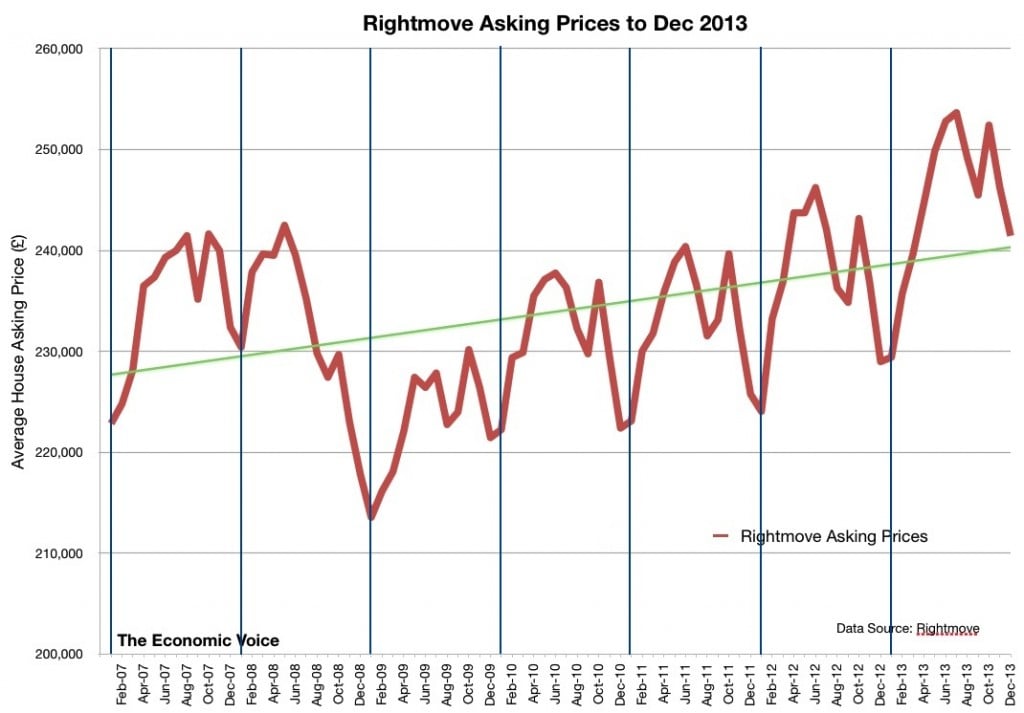 The blue vertical lines are spaced at every January and every one heralds a jump in prices into the new Year. It would be hard to argue that the same will not occur in 2014.

Also, if the graph were to commence from January 2009 too the present the upwards trend line would be far steeper.

Miles Shipside, Rightmove director and housing market analyst comments: “There’s a listing gap to fill. While sales transactions are up 13% so far in 2013, the number of newly listed properties is only up by 2%. To help mitigate the upwards pressure on prices it is important that home-owners who have a move on their minds make it a new year’s resolution to spring into action. After six years afflicted by the credit- crunch, there’s a definite window to move up or move on in 2014 before the market’s usual pre-election pause in early 2015. A good and plentiful choice of property for sale would limit sellers from getting over-ambitious with their asking prices and result in a national average increase closer to 6%. It would also give those who are buying a better chance of finding their dream home at a more affordable price.”

One point to note is that these are asking prices, not prices achieved at sale. When comparing Rightmove asking prices to an average of the halifax and Nationwide prices at sale you can see how optimistic people are when putting their properties up for sale. 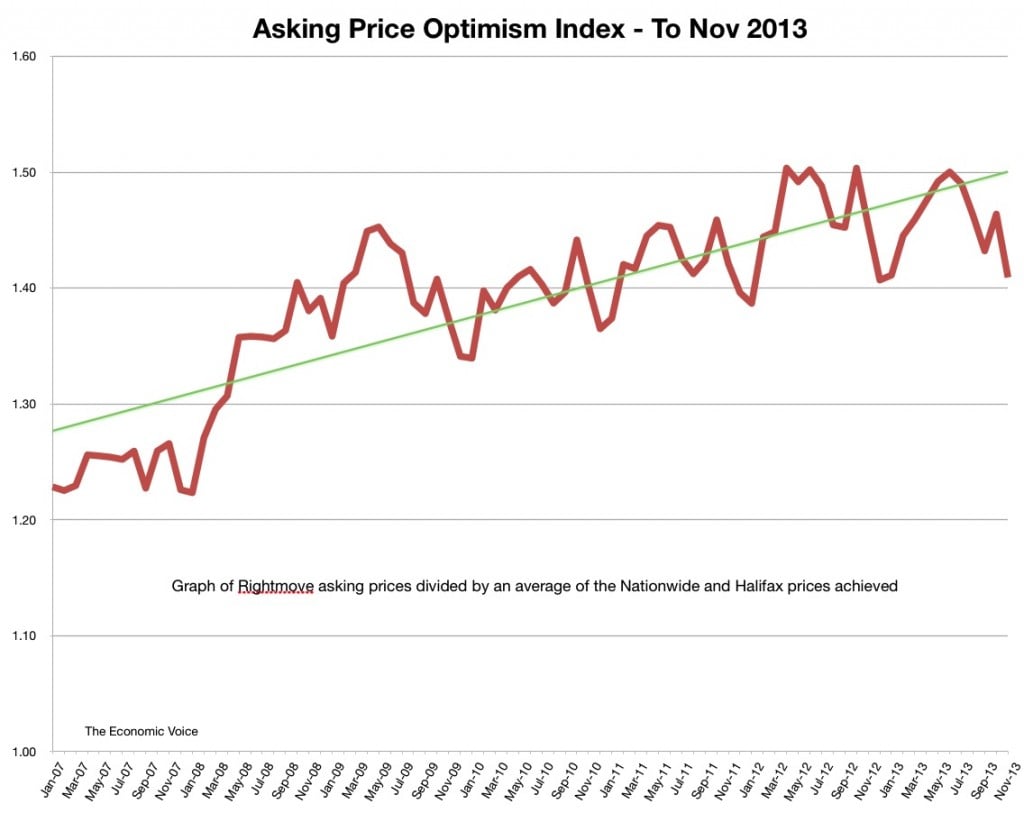 As you can see, optimism has been strong optimism with asking prices increasing faster than prices achieved by a significant factor (approaching 50% more), but this is now tailing off a little but it is still on the upwards trend line.

The budget and pensions