High-street and online shoppers are helping the UK towards economic recovery, surprising recent data from the Office for National Statistics has shown.

The news comes in spite of economists’ forecasts of a drop in sales volumes, reports Reuters. Store tills helped inch totals up by 0.1 per cent throughout March, against gloomy initial predictions of a 0.4 per cent decline. Interestingly, the food sector dipped during the same period, which means that people are buying the luxuries they couldn’t previously afford – women’s fashions from eBay, shoes from department stores, even garden centres are seeing a sales boost thanks to March’s better-than-expected weather.

The latest growth spurt continues the trend seen in the last quarter of 2013. Retail sales during the first three months of 2013 rose by 0.8 per cent, compared with a 0.6 per cent growth after the previous quarter.

What does this signify for the UK economy as a whole? Encouragingly, it suggests that consumer confidence is returning, albeit cautiously. This is in part due to changes to income tax thresholds, as well as falling unemployment and the rapidly – some would say too rapidly – improving housing market, accord to intercooleronline.com (intercooleronline.com/2014/05/14/demand-drives-the-uk-retail-market-forward/). 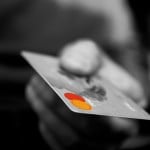 Growth in disposable household income and the efforts many retailers have undertaken to amend pricing frameworks to appeal to shoppers means consumer confidence is riding at a seven-year high – and experts are predicting that this trend will continue throughout the summer months.

However, a look at sales data from the British Retail Consortium and the Confederation of British Industry shows that not everyone shares this confidence. Both organisations published surveys which showed relatively weak sales throughout March thanks to Easter falling later than usual.

Since then, the CBI has confirmed a sales rebound throughout April.

A slight increase in banks’ lending year-on-year for overdrafts and personal loans reinforces the feeling that consumers are happier to spend. This is the first such rise in over five years. Again, this indicates consumers are happier to spend on more expensive items, with a fall in mortgage approvals showing people are spending on themselves and their families rather than buying new homes.

The report on intercooleronline.com features a number of finance experts backing up the sense of an economic upturn.

David McCorquodale, head of retail at accounting firm KPMG, said: “Demand will continue to be on the rise in the second quarter of 2014. A late Easter alongside early good weather and wage rate inflation will drive demand. The strong showing of non-food sales in Q1 looks set to continue through spring into summer.”

And Martin Hayward, founder of Hayward Strategy and Futures, says: “Against this ever more positive economic environment, it will be interesting to see the degree to which shoppers begin to migrate away from the relentless value-chasing activities they have adopted, or perhaps these behaviours have now become an engrained part of modern retail.”