Provisional divisional sales, excluding fuel, were up 1.0 per cent – a good performance versus tough comparatives, as in the same week last year the nation was making the most of a heatwave.

As school terms draw to an end and long summer holidays approach, we saw a sharp rise in the sales of thank you gifts for teachers from grateful pupils and parents.

Sales of gift-wrap took off, soaring 42 per cent. Our range of houseplants had a 17 per cent spike in demand – their highest week’s sales outside Valentine’s Day, Mothers Day, Christmas and Easter.  Mini orchids proved extremely popular, with demand up 36 per cent and cut flowers up 8.5 per cent. Confectionery and cakes were also firm favourites: demand for cakes climbed 13 percent, while boxes of chocolate saw demand surge 45 per cent. 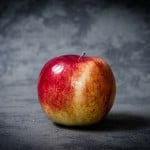 This week we saw a relative rise in demand of goods typically popular in cooler weather.

Sales of soup and coffee jumped by nearly a fifth while speciality vegetables like tender stem broccoli were highly sought after, with demand surging by a third.

Our cafés and hospitality areas saw very strong growth with hot beverages up 50 per cent, while hot food was up by 23 per cent.

Whiskies, often associated with cold winter nights, have enjoyed a 22 per cent increase in demand, with customers trying different styles – such as bourbon.

The British crop of cherries has arrived helping demand for the fruit rocket 27 per cent.