Rising fuel prices turns the screws on the economy

The rising cost of petrol and diesel at the forecourts is once again hitting the news.

With stories of road hauliers and motoring organisations holding ‘emergency talks’ to prevent fuel tax rises [1], spiralling fuel costs across the UK as well as garages reporting a drop in custom as prices rocket one forgets that we in the UK are not alone.

Fuel prices are also high in other parts of the world such as the USA where San Diego claims the highest ‘gas’ prices [2] in the country and there are calls for President Obama to tap the US Strategic Petroleum Reserve to control prices.

Rising fuel costs, whether caused by lack of oil, more tax (in the UK 60% of petrol cost is tax and 58% of diesel cost is tax [2]) or greedy speculators/suppliers will have an adverse effect on general prices and inflation across the economy.

Many pundits point to the problems surrounding Iran to explain these worldwide high prices, but Gail Tverberg of ourfiniteworld.com says it is a little more complex than that.

Gail Tverberg, an actuary and writer and speaker on energy issues, especially to do with ‘peak oil’ points to three reasons for high oil prices.

The first is ‘stalled out’ growth in world oil supply. In fact Ms Tverberg says that this is the main driver behind the high prices. She points to a sudden drop in the growth of the world oil supply in 2005 with the reduction not being met from other sources such as bio-fuels and natural gas liquids.

Since 2005 oil supply growth has remained relatively flat she says and has driven the cost up because the resulting shortfall is actually larger than oil taken out of the equation after Libya as well as being more than Saudi Arabia’s ‘supposed’ spare production capacity.

Rising oil prices have also not had the effect of increasing oil supply as the graph HERE shows. 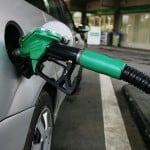 In fact she says “Given the high price of oil, most of the missing oil seems to be oil that we do not have production capacity for.”

The second cause is uncertainty around Iran. Ms Tverberg does acknowledge that the Iran affair is having an effect, but most of the country’s oil goes to China, Japan and India; very little of it finds its way to the UK for example. But the fact that oil supply is stalling then taking a further 2.4 million barrels a day out of the overall supply (or the risk of that happening) would have knock on effects throughout the industry.

Lastly she points to low interest rates and says that this will tend to reinforce high oil prices. For example there may be the temptation to invest in oil then keep it off of the market to drive prices up as no other investment is giving an adequate return.

Image by Rama (Own work) [CC-BY-SA-2.0-fr (www.creativecommons.org/licenses/by-sa/2.0/fr/deed.en)], via Wikimedia Commons

The Cost of Living in an ADHD Nation