After the UK’s fourth quarter GDP slowed on the year the Pound was generally dented by the declining likelihood of the Bank of England opting to raise interest rates in the near future. ‘Brexit’ fears have also been weighing on Sterling over the last week as negotiations have intensified between Prime Minister David Cameron and the European Commission, with the publication of a draft deal potentially opening the way for a June referendum. While growth in both the UK manufacturing and construction sectors were found to have slowed in January the negative impact of these results was somewhat counteracted by Wednesday’s stronger-than-expected Services PMI. As the service sector has been shown to have remained the primary driving force behind growth in the UK economy this helped the Pound to regain some of its recently lost ground.

Despite Eurozone manufacturing having been shown to have weakened on Monday the single currency was nevertheless shored up by a fresh wave of safe-haven demand, prompted by weaker Chinese data. Unexpectedly improved German and Eurozone unemployment rates pushed the Euro higher, suggesting that the currency union was still strengthening in some areas in spite of deepening downside risks. However this bullish run was brought to an end by the revelation that services had widely slowed across the Eurozone, with France the only notable source of expansion. This lent further credence to the idea that the European Central Bank (ECB) will move to loosen monetary policy further in March, a discouraging prospect for the common currency.

As markets remain jittery there have been some suggestions that the Federal Open Market Committee (FOMC) may have acted prematurely in hiking interest rates in December, undermining the strength of the ‘Greenback’. Policymakers took a generally more dovish tone at last week’s meeting, suggesting that the Fed will not achieve its initial goal of four more rate increases over the coming year. Disappointing GDP, University of Michigan Confidence Index and ISM Manufacturing Index figures have also weighed on the appeal of the US Dollar, seeming to indicate that the world’s largest economy is struggling somewhat. With a more limited increase in Non-Farm Payrolls forecast the ‘Greenback’ may remain in more muted shaped heading into the weekend. 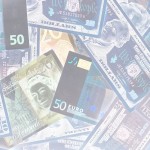 The latest signs of weakness in the Chinese economy prompted the ‘Aussie’ to soften considerably this week, particularly as domestic manufacturing equally slipped. On Tuesday the Reserve Bank of Australia (RBA) were rather less optimistic with regards to the future of monetary policy, indicating that an interest rate cut is on the table if global conditions remain challenging. However, a stronger performance in the service sector has since bolstered the antipodean currency, in spite of a wider-than-expected Australian Trade Balance.

Demand for the ‘Kiwi’ largely declined at the start of the week in response to increased market risk aversion weighing on commodity-correlated currencies. Although the Reserve Bank of New Zealand (RBNZ) opted to leave interest rates unchanged last week the possibility of a cut continues to hang over the New Zealand Dollar. Pundits were not encouraged by Tuesday’s GlobalDairyTrade auction, where prices fell for a third consecutive session, with the persistent weakness of the nation’s key export further weakening the ‘Kiwi’. However, the appeal of the South Pacific currency soon surged as the domestic unemployment rate was found to have unexpected fallen from 6.0% to 5.3%, prompting a bullish run for the New Zealand Dollar.

Ahead of the weekend the ‘Loonie’ made some strong gains as the Canadian GDP climbed from -0.2% to 0.2% on the year, also benefitting from a marked rally in oil prices. Although rumours of talks between Russia and OPEC were later quashed this nevertheless allowed Brent crude to break back above $36 in an impressive turnaround. While much of this momentum was inevitably lost as risk aversion returned the continuing volatility of oil prices has kept the ‘Loonie’ on a rather turbulent ride.