Rita Ora 'I Will Never Let You Down'

In spectacular Rita Ora style, she is well and truly back with her brand new single ‘I Will Never Let You Down’, written and produced by Calvin Harris and released through Roc Nation / Columbia.

‘I Will Never Let You Down’ is the debut single from Rita’s forthcoming sophomore album and is on course to set the charts ablaze – following in the footsteps of her certified platinum first album ‘ORA’, which clocked up an incredible three consecutive No.1 singles and made music history as Rita was the only artist to maintain the record that year.

‘I Will Never Let You Down’ is an almighty global smash, the perfect union of two huge powerhouses making the ultimate feel good love song. Rita said ‘this is the perfect song to launch my new album because I wanted to be as personal and honest as possible, I’m in a very good place and I really wanted people see how I felt and how I want other people to feel when the listen to it – happy! I love the fact this is such an uplifting love song’.

Forever the visual pioneer, Rita has enlisted the help of Italian-born photographer and Emmy-Award-nominated director Francesco Carrozzini to bring her creative vision to life for this campaign and his many accolades Francesco include work with global A List stars from Natalie Portman, Scarlett Johanssen, Naomi Campbell to Beyonce. As well as shooting the artwork for the campaign he and Rita have also worked closely to create the stunning video for ‘I Will Never Let You Down’. As a breakout star from the VEVO Lift campaign back in 2012, the music channel continued their support and aired an exclusive clip from the video on Friday 14th March sending the web into Ritabot meltdown. The #VEVO video premiere will be coming soon!

It’s been an incredible time for Rita who has been working hard on home turf in the UK and stateside on her new album and amongst her recording commitments she has miraculously found the time to continue to rock the fashion and film worlds. The past twelve months have seen her style icon status elevated working once more with DKNY and Material Girl as well as forging new partnerships with Rimmel and Adidas. Hollywood came knocking again earlier this year following her cameo in Fast & Furious 6 and she saw herself back on set with a starring role as Mia in the new 50 Shades of Grey movie. ‘I’m so excited for this year, the journey has just begun let’s make it never stop!’

‘I Will Never Let You Down’ is released on Sunday 11th May. 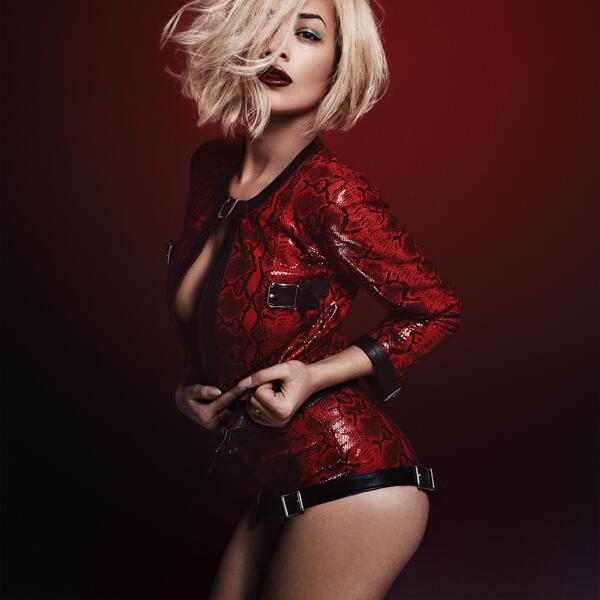 The American – a film review