The original cast of Robin of Sherwood are to reunite for the first time in 30 years for a special radio production called 'The Knights of the Apocalypse'.

Yes it is true!

Amazingly, the Indiegogo crowdfunding campaign for 'The Knights of the Apocalypse' has already smashed through the £10,000 goal in the first 24 hours, which gives a hint as to the demand for this beloved franchise. However, the funding campaign will continue to run with all profits going to the two favorite charities of Richard Carpenter, The Red Cross and the Sherwood Forest Trust.

Robin of Sherwood fans can breath a sigh of relief in the knowledge that the production will be left in the more than capable hands of award winning radio production company, Bafflegab Productions, who are without doubt presently making the finest radio shows heard for many a year.

It is also worth noting that previous audio shows by Bafflegab, such as the 'Scarifyers', have reinvigorated and introduced a new audience to the medium of radio drama. 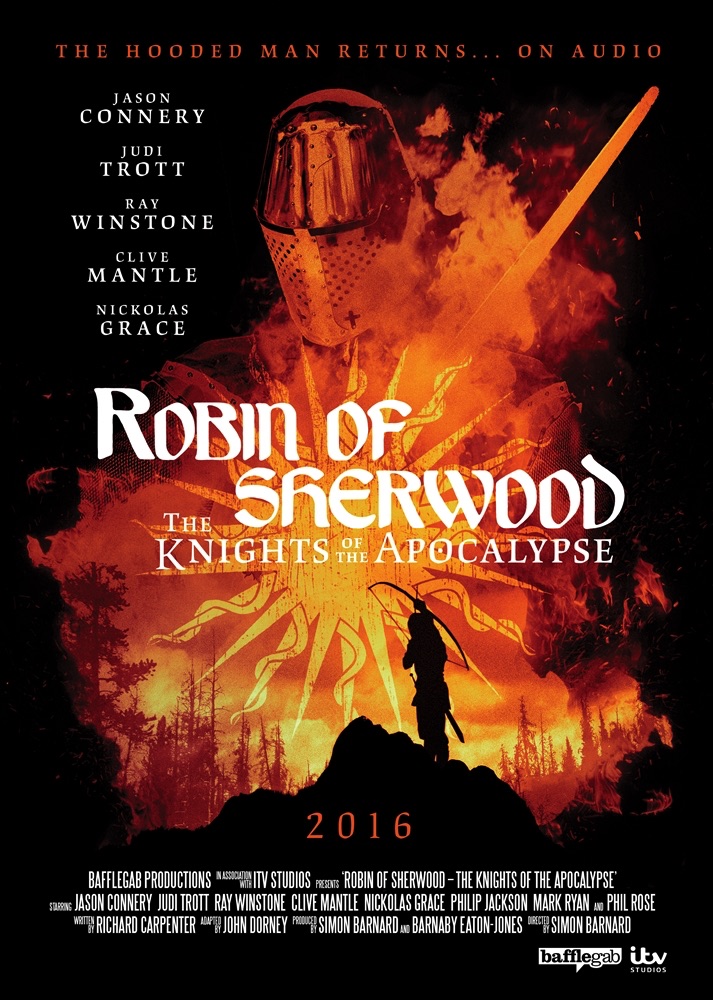 "My time in Sherwood was spent working with wonderful actors who became lifelong friends, and behind it all was Richard 'Kip' Carpenter's brilliant writing, whose scripts we brought to life. After many false dawns, I can finally say that 'Robin of Sherwood' is coming back".

"We may be a little older and wiser in real life but, on audio, we're forever young and golden-haired".

To fans of Robin of Sherwood, Richard Carpenter's script for 'The Knights of the Apocalypse' has become a work of folk legend as much the original tales from the 16th century.

"I’m thrilled to learn of the return of Robin of Sherwood as an audio production, especially as it is based on a script my father wrote many years ago".

"The fact this audio will benefit two such worthy causes as the Red Cross and the Sherwood Forest Trust simply makes it all the more worthwhile. Nothing is ever forgotten."

The late news that Peter Llewellyn Williams who played Much in the series is now also on board means the cast is fully assembled but it is yet to be announced who will fill the very large shoes of the late and great Robert Addie who played the Sheriff of Nottingham's right hand man, Sir Guy of Gisborne.

Let's all hope that 'The Knights of the Apocalypse' is not a one off.

“Waves of Grace”, a story told in Virtual Reality about Ebola survival and recovery in Liberia