New statistics released today reveal a dramatic acceleration in the Government's nationwide rollout of superfast broadband. At the end of 2013, the number of premises benefiting from superfast broadband as a result of the programme had almost tripled to 273,731.

A key part of the Government's long-term economic plan to secure Britain's future by providing better infrastructure, the £1.2bn project is well on track. Based on past performance and these new statistics it's forecast that more than 300,000 UK premises can now access superfast speeds due to the programme, making a real difference to people's daily lives. The number of homes and premises gaining access will rise from 10,000 per week to 40,000 per week by the summer.

The latest statistics demonstrate that the Government's transformation of broadband in rural areas is well underway and is on track to deliver coverage to 95% of the country by 2017. The benefits are already being enjoyed by many, with families able to simultaneously stream films and TV, download music and upload photos and videos to social media sites in seconds. Businesses can collaborate with colleagues and customers on conference or video calls or swap their hardware and expensive software licenses for files, processing power and software from cloud computing.

– Half of the projects around the UK already have "live" cabinets, with local homes and businesses benefitting from superfast access

– Approximately 1000 cabinets have "gone live" in areas around the UK

– UK coverage of superfast broadband is already higher than Germany, Italy and Spain, and more than double that of France.

Many projects are already ahead of schedule. Already 10,000 premises per week are gaining access to superfast broadband, and this increases to 25,000 per week in spring 2014, ramping up to 40,000 per week by summer 2014. 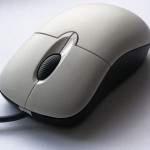 "Having superfast broadband is really important to people up and down the country whether they need it for work or simply to download music or films. These figures prove that there is now a real momentum with thousands of homes and businesses now getting access each week. This is part of our long term economic plan and broadband will be instrumental in driving growth and boosting local economies throughout the UK.

"Details of how an additional £250m will be allocated to local authorities as part of the nationwide rollout to take coverage to 95% of the UK by 2017 will be announced shortly."