Rolling out the red carpet is not enough, David Cameron must convince Angela Merkel that Europe needs the UK to remain competitive says TheCityUK.

Ahead of Angela Merkel’s visit to the UK on Thursday 27 February, Chris Cummings, Chief Executive of TheCityUK, comments:

“Convincing Angela Merkel of the benefits of reforming Europe for the benefit of all of Europe’s citizens is one of David Cameron’s most important tasks. The red carpet treatment being afforded to the German Chancellor befits a politician who holds major clout when it comes to the future of Europe.

“But all the pomp and circumstance shouldn’t distract either leader from the pressing business of the day. The Prime Minister must persuade Ms Merkel that the future competitiveness of Germany and Europe more widely, can only be guaranteed if the UK remains in the European Union.

“To ensure the future success of Europe, the Prime Minister will need to make the case for the UK to be able to influence the direction of Europe on the things we are best at. Top of that list is financial and professional services. 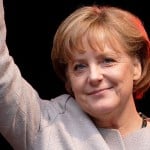 “The Prime Minister must emphasise the vital importance of completing the Single Market and setting out that policy should be European where necessary, national where possible. We need a single rule book to keep international capital markets open, and growth-orientated legislation to give European companies the funding they need to invest, grow and compete in global markets.

“While polls suggest the public is not yet convinced that the benefits of the EU outweigh the negatives, our recent research with the UK public shows Mr Cameron can win over a significant percentage of the doubters. Over a quarter of the UK public say successful renegotiation would increase the chance of them voting to stay in if there is a referendum on membership.

“The debate over the UK’s future in the EU will feature heavily in forthcoming elections. It will be vital to win the hearts and minds of leading European politicians, as well as voters in the UK, so the Prime Minister must work hard to secure Germany as an ally.”

Pavilion Books’ A Night in the Cells: The “Dirty Dozen” revealed