Rolls-Royce has completed a long-term agreement with Lockheed Martin worth up to US$1 billion to deliver approximately 600 engines to power future C-130J Super Hercules aircraft.

The agreement secures the Rolls-Royce AE 2100 as the engine of choice for all variants of the C-130J to 2025. The engine agreement will service US Government and International contract requirements between 2014 and 2018.

The AE 2100 powers all C-130Js, while the Rolls-Royce T56 engines power the legacy C-130 fleet. The global C-130J fleet has surpassed 1 million flight hours, and Lockheed Martin recently announced its intent to obtain certification from the Federal Aviation Administration for a new civil variant – the LM-100J.

"Lockheed Martin and Rolls-Roycehave partnered for decades to produce thousands of the world's leading medium transport aircraft. Our new engine agreement secures that relationship for years to come, enabling operators to continue to enjoy the versatile, powerful and fuel efficient aircraft they have come to appreciate through 1 million flight hours and counting." 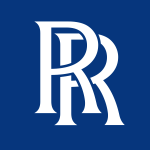 "This agreement is a very important step in providing our customers the most affordable airlifter in the world. The C-130J Super Hercules has proven the 'value of the power' as the Rolls-Royce AE 2100 propulsion system allows the Super Hercules to perform any mission, anywhere, any time."

The agreement will ensure the continued success of the versatile and proven C-130J military transport aircraft and its powerful, reliable and fuel-efficient turboprop engines. More than 300 of the four-engine transports have been delivered to customers in 16 countries, across 16 different mission types.

Â£850 billion – the cost of the banking bail out

How your data is being used