As soon as Ofcom had removed the constraints from Royal Mail postage prices we see that the cost of stamps has been given a substantial hike.

Ofcom, the communications regulator, announced today that it had given Royal Mail greater freedom in how it sets its prices but at the same time has put in place safeguards that ensure businesses and consumers are protected.

As part of this framework Royal Mail will now have a greater commercial freedom and be able to set its own prices for First Class mail and most business post subject to safeguards.

The first safeguard to protect the vulnerable is that there will be a cap of 55p on second class stamps for standard letters for the next seven years, indexed in line with inflation.

The second safeguard is that the second class cap is also linked to packages up to 2 Kg in weight, which should also aid small businesses.

The third safeguard says Ofcom is that it will more closely monitor Royal Mail to ensure particularly ‘the provision of the universal service, efficiency and affordability’.

The fourth safeguard is to make sure that Royal Mail continues to provide its competitors with access to its network.

‘The central aim of the decisions announced today’ says Ofcom ‘is to ensure that Royal Mail’s Universal Service Obligation (USO) is financially sustainable and provided efficiently. Without regulatory changes there is a risk that Royal Mail may not be able to continue to deliver the USO to the same standard as today. 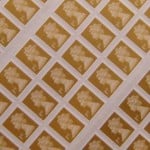 The USO requires Royal Mail to collect and deliver letters six days a week (and packets five days a week) at an affordable and geographically uniform price to every address in the UK.’

Ofcom’s Group Director, Stuart McIntosh, said “Ofcom’s decisions are designed to safeguard the UK’s postal service, ensuring it is sustainable, affordable and high-quality, to the end of the decade and beyond. The measures ensure that Royal Mail’s products remain affordable for vulnerable consumers and small businesses.”

Many people will see this as merely a preparation for the Royal Mail privatisation now looking like it will go ahead in early 2014.

Tips for Small Business Owners to Get Ahead