• Possible candidates to drop out of the FTSE 100 include a shopping centre investor, a pharmaceutical company and one of Britain's most recognised brands

Helal Miah, investment research analyst at The Share Centre, makes his predictions on possible movers in next week's FTSE reshuffle.

"In the second reshuffle of 2017, it appears highly likely that large shopping centre investor Intu Properties will be the latest candidate to fall victim and consequently drop out of the FTSE 100. The Real Estate Investment Trust (REIT) has, like many of its peers, seen its shares underperform in recent months due to concerns about the impact of Brexit on the UK economy and retail sales. The group did beat market expectations with its full year results in February and said it was confident of achieving an increase in net rental income in 2017 despite what is likely to be a challenging business environment. Nevertheless, the consensus forecasts for earnings and dividend growth are uninspiring. 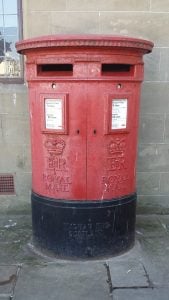 "The smallest pharmaceutical company in the FTSE 100, Hikma Pharmaceuticals is, as it stands, also in the running for demotion. Shares have been dropping off in the group of late after it emerged that the company was unlikely to receive US regulatory approval for a generic drug for asthma this year, with further data submissions needed before approval. Combine this with the impact of the recent devaluation of the Egyptian pound and the high scrutiny its management are under for failing to carry out proper due diligence for the acquisition of West Ward Columbus, it is unsurprising to see the group in this predicament.

"Royal Mail also finds itself in the high risk zone for relegation. Despite recently posting full year results which pleased the markets, in which group revenue and profits before tax were up, its heavily reliant on the international parcels business as letter volumes continue to act as a drag on overall performance. It rubber stamps the ethos that the uncertainty amongst UK businesses in the current Brexit environment means less are using direct mail marketing.

"Other companies in the mix for relegation include tailored credit products provider Provident Financial and UK retail property developer Hammerson.

"When it comes to prospective new entrants it seems that the world's leading security solutions group G4S is in pole position for promotion. G4S is the largest employer quoted on the London Stock Exchange and has operations in over 110 countries. The share price has staged a significant recovery of late on the back of reassuring results and the market warming to managements restructuring as it addresses past problems. This strategic review will keep management busy for some time yet and investors will have acknowledge that it will provide potential for the company to improve efficiency, cut costs, sell off and close further businesses or assets and restore faith in the group.

"Snapping at its heels is warehouse and industrial properties developer Segro. The group, whose customers are in the UK and Continental Europe, focuses on edge of town flexible business spaces. The increasing interest for online shopping means the demand for warehouse space is needed now more than ever, and this is likely to be the reason for its success of late.

"Also in contention is housebuilder Berkeley whose shares have recovered to pre-Brexit levels, NMC Healthcare which is one of the largest healthcare providers in the private sector in the UAE and precious metals mining companyPolymetal International. It will definitely be worth keeping an eye on their prices over the next few days."

How to Profit from China's Economic Slowdown

Why B2B Marketing is Important in Healthcare