Prime Minister's Questions today was dominated by the exchange between the Conservative and Labour leaders regarding the sale of Royal Mail.

The Labour leader, Ed Miliband, portrayed the sell-off as a cosy deal for connected city insiders whilst the prime Minister described it as a huge success because it turned a loss making public sector entity into a profit making private sector business.

The issues raised by critics revolve around how much the shares were sold for, who they were sold to and whether some sort of back door cosy deals were done – but at the end of the day, putting the party politicking aside, did the government do its best to get the taxpayer a good deal?

"It is beyond doubt that the government erred on the side of caution in setting the Royal Mail as it sought to ensure the privatisation's success. 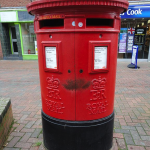 "In arriving at their £3.3bn valuation – about £6bn below the most optimistic estimates – they showed an aversion to risk by attaching significant credence to the potential for future problems at Royal Mail.

"Markets are fundamentally hard to predict and that means a premium is almost inevitable. To make a share attractive to investors and ensure a successful sale, the issue price will always be a discount to the full value.

"The government was trying to transfer to the private sector a business that successive governments had wanted to privatise and that had been problematic for decades.

"Those who say the issue was fairly priced point to the uniqueness and complexity of the business; Royal Mail's ongoing and incomplete turnaround, its Universal Service Obligation, the need for further substantial across-the-board modernisation and productivity improvements, the inexorable decline in letter volumes, the increasing threat of competition from companies such as Deutsche Post (DHL in the UK), TNT, FedEx, UK Mail in the key parcels business and the possibility of strike action.

"Investors may have been able to shove these issues to one side in the rush to buy shares, but as we know, investors can be irrational.

"Recent talk of union action in response to Royal Mail's decision to remove 1,600 management posts has also weighed negatively on the share price and might raise some concerns over the company's ability to deliver improvements. More scepticism might be round the corner as The Royal Mail's annual results are due to be published in May and investors will get a better look at where the business stands."