The Royal Shakespeare Company calls for every child to have a great first experience of Shakespeare, as it announced record figures for 2014/15 at the Company’s AGM in Stratford-upon-Avon.

During the year, the RSC sold over 1.8m tickets for 28 productions and co-productions, giving 2048 performances and touring for 70 weeks during the year.  Its education programmes reached over 530,000 children and young people.

Gregory Doran, RSC Artistic Director, said: “We know great Shakespeare teaching can inspire young people, building confidence and skills in speaking, writing and listening – all essential for a successful future life.  The RSC approach, drawing on rehearsal room techniques, can change lives.  Having had such success working with young people in the last year, we want to invite all schools across the country to join us to make 2016 a year to celebrate Shakespeare’s work with their students.  They can mark the 400th anniversary in the classroom, by watching a free broadcast or a live performance, or taking part in our Dream Team initiative, which runs alongside our 2016 production of A Midsummer Night’s Dream: A Play for the Nation.”

Students from Stratford College performed a verbatim theatre piece at the AGM, devised by Aileen Gonsalves, which highlighted the impact of RSC Education’s work across the UK.

Sam Colborne, Director of Creative Learning, Treviglas Community College in Cornwall, one of 400 schools in the RSC’s Learning and Performance Network, reported:  “What has happened has been, quite simply, life-changing. My teaching has been reinvigorated, refreshed and broadened… and the experiences of our students changed beyond anything we (or they) considered before. We have created shows to be proud of, and brought our community a little closer to Shakespeare, and perhaps even to each other. We’ve achieved outstanding lesson gradings from Ofsted, using approaches you have taught us. We have gained a pride we simply would not have discovered without the RSC.”

Gregory Doran continued:  “Shakespeare reminds us so eloquently what it is to be human and gives us a 360 degree view of life.  Our successes in 2014/15 in reaching new audiences show his continuing appeal and the power of live theatre to inspire and challenge us.  We have had a great year, not only with Shakespeare, but new plays like our acclaimed productions of Wolf Hall and Bring Up The Bodies and Tom Morton Smith’s dazzling Oppenheimer, and classics from Shakespeare’s contemporaries, with our ‘Roaring Girls’ strand celebrating great roles for women. 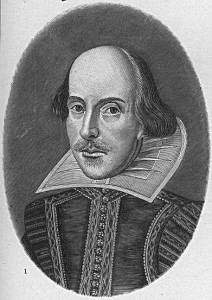 “As we prepare for 2016 and the biggest Shakespeare anniversary ever, we want to reach the widest possible audience, with thrilling, contemporary work – made in Shakespeare’s home town and shared across the world.  From productions in Stratford and a brand new exhibition and studio theatre, to a national tour of A Midsummer Night’s Dream and Shakespeare’s ‘Great Cycle of Kings’ playing in London, China and New York, as well as worldwide cinema broadcasts, there is a rich programme on offer. As we look forward to 2016, I am grateful to all our sponsors, donors and friends, for all their support in bringing our work to audiences everywhere.”

The RSC also reported a strong financial year in 2014/15, with income of £63.9m, 75% generated through box office, commercial activities and fundraising, alongside public investment from Arts Council England of £15.8m.  Box office increased by 5% to £34.3m and trading income by 3% to £7m. The Company continued to offer a wide range of ticket discounts to open up theatre to everyone, with over 72,000 schools tickets, 19,000 family tickets and 20,000 BP £5 tickets for 16-25 year olds, and welcomed 570,000 day visitors to its Stratford home.  It also maintained its commitment to accessible performances, offering captioning, audio description, relaxed and signed performances, as well as touch tours.

The success of Matilda The Musical in London and other commercial transfers helped generate a surplus.  Having helped to balance the books in previous years, the profits are allocated to a strategic investment fund, from which they are spent on projects to help sustain the Company’s future, including funding the ‘Live From Stratford-upon-Avon’ cinema broadcasts.  The high quality live screenings have now reached over 420,000 people since they began in 2013, and the RSC screened 5 films for free to schools across the UK last year, alongside live Q&As with the creative teams.

The RSC’s annual review can be found here:

Mumford and Sons: The Cave