Several sites are now reporting the news that Russell Crowe is the latest established name to join the cast of the Christopher Nolan produced and Zack Snyder directed Superman reboot.

Crowe (Gladiator, Master and Commander) is rumoured to have signed on to portray none less than the father of the man of steel, Jor – El (the good family man and scientist who dispatches his son to Earth from the dying planet Krypton).

The role had previously been portrayed by Marlon Brando in Richard Donner’s seminal interpretation of the hero in 1978. No doubt Crowe would be keen to provide his own spin on such an important character in the Superman mythology and not be seen as merely following in the footsteps of Brando. 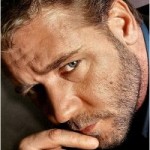 Although the casting of Crowe has yet to be confirmed by studio or agent, the actor would be joining an already impressive list of names that include Amy Adams (Louis Lane), Kevin Costner and Diane Lane (Jonathan and Martha Kent), Michael Shannon (the villainous General Zod) and Brit actor Henry Cavill as Superman himself.

Currently rumoured to be titled “Man of Steel”, filming is due to commence this summer with Snyder (300, Sucker Punch) at the helm.

Although some have queried whether Snyder’s style of lushly animated visuals and excessive action will be at the expense of character and narrative, the story has been written by Nolan (Inception) and writer David S. Goyer, who have of course already successfully collaborated on the current Batman franchise.

Man of Steel is set for release in December 2012.