Improvement in Q2 Suggests Consumer Confidence May Have Troughed

Russia consumer sentiment increased sharply in June, moving further above the March low and providing more evidence that confidence may have troughed.

The MNI Russia Consumer Sentiment Indicator rose 4.9% on the month to 76.4 in June from 72.8 in May, the highest since December. The improved picture was also underlined by quarterly data which showed sentiment averaged 74.1 in Q2, up 4.3% from the Q1 outturn of 71.0, which was the weakest quarter since the survey began in March 2013.

In spite of the more upbeat results this month, consumer sentiment is 14% down on the year as consumers are still suffering amid the economic downturn. All five components of the MNI Russia Consumer Sentiment Indicator improved on the month but not a single one succeeded in breaking through the 100 mark, meaning pessimists continued to outnumber optimists.

Increased willingness to purchase big-ticket items provided the largest measure of support to the Consumer Indicator as consumers had a better perception of their personal finances. There was also an improvement in Car Purchase Expectations which have increased noticeably since the start of 2015. 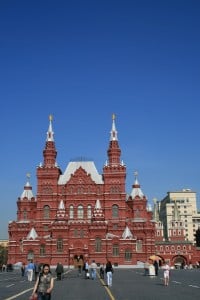 Respondents were also less pessimistic about future business conditions with both the One Year and Five Years components hitting six-month highs.

With inflation having begun to taper off, consumers were slightly less dissatisfied with the current cost of living, although only marginally so, while inflation expectations increased further. In spite of this, the trend in inflation over the short-term is likely to be downward, but entrenched inflation expectations will make the central bank’s job of controlling inflation in the long run all the more difficult.

“While consumer sentiment remains weak, the June results are further evidence that the worst may well be behind us. The improvement in confidence this month chimes with our sister business survey which has also shown a turnaround in the second quarter. Sentiment remains low in absolute terms but it's heading in the right direction.”