Russian business confidence up ahead of Sochi Olympics

Sentiment among some of Russia’s largest companies bounced back sharply in January from a record low in December, providing some hope that the Russian economy will recover following the sharp downturn seen in 2013.

The MNI Russia Business Indicator increased to 57.9 in January from 45.5 in December, to register its highest level since September 2013.

While the latest increase is welcomed, part of the rise is likely to be seasonal following the festive period. It is also possible that the optimism around the Sochi Winter Olympics, which begin in February, has provided a short-term boost to business confidence.

Both Production and New Orders bounced back to levels not seen since October, while Order Backlogs and Supplier Delivery Times hit a series high. Firms’ inventories, however, contracted at the fastest pace on record as firms ran down their stock levels.

Firms are benefiting from the depreciation in the currency seen over the past year. The Effect of the Rouble Exchange Rate Indicator rose to a record high of 56.9 in January as more companies said the exchange rate was helping their business. 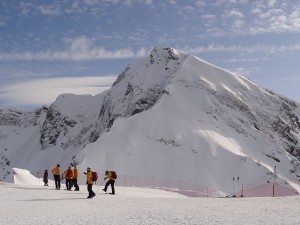 “It looks like much of the December downturn was seasonal with business sentiment rising sharply at the start of 2014 which is good news.

“It is far too early, though, to say that the Russian economy has turned the corner. The Sochi Olympics looks like it has given a welcome boost to business confidence this month and we’ll need to see how sentiment settles after the games have finished. The reality is that growth fell to a four year low in 2013 and the Sochi Olympics will not cure Russia’s economic problems. President Putin has some tough calls to make on structural changes to the country’s growth model if Russia is to achieve sustained future growth.”

Presentations: when to get to the point and when to expand?

A Visual Guide to Credit Scores