Sadiq Khan lays out his plans for London

Labour’s Mayoral candidate, Sadiq Khan, will today (Tuesday) set out his vision for London’s future in a major speech in Isleworth in West London.

Sadiq Khan will warn that Londoners are being priced out of the capital by the Tory housing crisis and the rising cost of commuting.

He will say: “London is the greatest city in the world, but we’re at a crossroads. Londoners are being priced out of our city by the Tory housing crisis and the cost of commuting – missing out on the opportunities that London gave me. If we don’t act now, it could be too late.”

Sadiq Khan will lay out his vision for fixing the Tory housing crisis, creating a modern and affordable transport system, building a stronger and fairer economy and making Londoners healthier and safer.

He added: “I want to build a London in which all Londoners can afford a roof over their head and to get to work, and in which housing and transport are no longer the sources of stress and worry they are today. 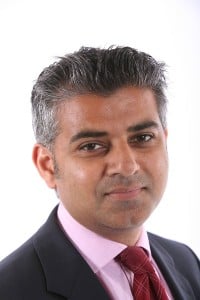 "A city in which every single Londoner has the opportunities to fulfil their potential – where a kid growing up on a council estate can go on to become a lawyer, an entrepreneur, a head teacher or a doctor – providing they put in the work.”

He will pledge always to be his own man, adding:  “I won’t be anyone’s patsy – I’ll stand up for Londoners against anyone who threatens their interests. Whether it’s David Cameron or Jeremy Corbyn – if they get it wrong I’ll say so. I’ll always work to get the best possible deal for Londoners.”

Sadiq Khan will criticise Zac Goldsmith for having “no experience, the wrong values and no vision for how to make London better”.