* One in eight over 50s want to write a book

It’s not just the young who are full of ambition and want to see more of the world, as research by Saga Life Insurance shows 64% of over 50s are keen to go globetrotting, while more than a third (35%) still have a passion for learning in later life*.

Whilst many over 50s have conventional lifelong ambitions relating to family life, such as watching their children or grandchildren walk down the aisle (34%), or seeing the birth of their grandchildren (9%), a vast number say they want to continue learning, exploring and thrill seeking as they grow older.

Of the one in three who have a thirst for knowledge, 13% say they want to learn a foreign language, but men are more likely to say they want to learn to play an instrument (men 13%, women 8%) and or learn to fly or sail (men 12%, women 4%). A big ambition for the over 50s is to tell their story – one in eight say they would like to write a book, this is shared by all over 50s, male or female, young or old, rich or poor.

Thrill seeking is a popular ambition amongst a fifth (17%) of over 50s, who say they fancy going on a safari, swimming with sharks, climbing mountains and sky diving, before they put their feet up. 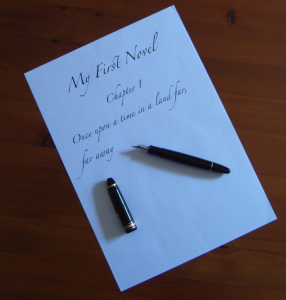 However, not everyone will give up their day job and jump on the first plane out of Heathrow to achieve their dreams. While half of over 50s think insufficient funds will stop them from travelling the world, a third say that they just don’t think they will ever find the time. However, one in five ambitious over 50s say that they won’t let anything get in their way of fulfilling their lifelong ambitions.

Roger Ramsden, chief executive, Saga Services, commented: “The nations over 50s are not short of ambition, vim or vigour. With family events, lifelong learning and seeing the world high on the over 50s wish-list teenage backpackers better beware – granny and grandpa are following in your footsteps.”

Saga offers a range of Life Insurance products that can help over 50s look after their families if they aren’t around to do so.