Sainsbury's is to take the Advertising Standards Authority's adjudication over Tesco's misleading Price Promise to Judicial Review as it fights for customers' rights to make shopping decisions based on all relevant factors including ethics, provenance and price.

The news comes as fresh research confirms that customers really do want price comparisons to be made on a fair and transparent basis. In a survey conducted independently for Sainsbury's among customers of all major supermarkets, 86% of those expressing an opinion said they thought supermarket price comparisons should clearly state whether they take ethical production standards into consideration when matching prices.

The same survey showed that 84% of customers say how and where food is produced are important factors in their buying decisions.

The Judicial Review is a reaction to the findings of the ASA's Independent Reviewer, Sir Hayden Philips, who said in his recent review of the case that while Sainsbury's had made a "persuasive case" that customers increasingly place value on provenance and other ethical issues, the ASA had in his view followed the correct process.

Sainsbury's Commercial Director Mike Coupe said: "It's time to take a stand on behalf of the huge majority or customers who want to be able to make fair comparisons when they shop. Tesco says that whether, for example, a product is Fairtrade or MSC certified is just a 'minor part' of a customer's considerations – especially for value products.

"More than ever, customers want to be able to let their values guide them and in price-matching its products with ours Tesco is, when it sees fit, choosing to ignore factors such as ethical or provenance certification or even country of origin. We think that's wrong and we're pretty sure our customers do too."

Sainsbury's originally challenged Tesco in the ASA over the Price Promise scheme, in which Tesco matches products such as its Everyday Value Tea, which is not Fairtrade, with Sainsbury's basics tea, which is.

Other examples include our basics water, which comes from a spring in Yorkshire, filtered through mineral-rich Greenmoor rock but which Tesco compares with its Everyday Value water, which starts at the mains supply, just like the water in your tap.

That challenge was not upheld by the ASA or by the ASA's Independent reviewer. In the Judicial Review, Sainsbury's will seek to have the ASA Council reconsider its original decision on the grounds that the test it applies does not take into consideration customers' desire to make fair comparisons based on all relevant product properties.

Sainsbury's will also question Tesco's policy of including only the product characteristics it sees fit to include in Price Match – factors that vary from line to line depending on what seems to suit Tesco best.

The following table shows the results of a survey conducted for Sainsbury's by HPI Research in August 2013. The research polled 993 customers of all major supermarkets. 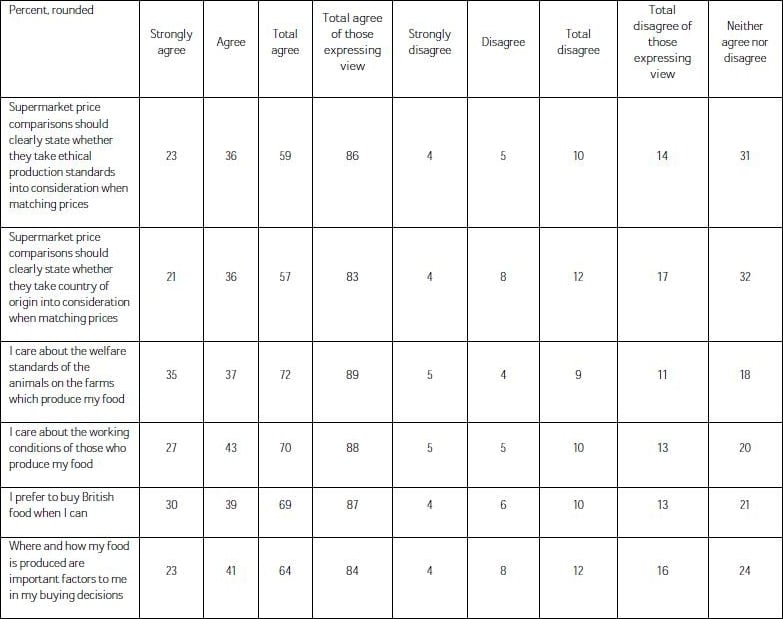 The people want a hung parliament

Want to start trading forex? Here’s how to do it