Saliva 'Could be a Power Source'

Scientists could have found a new renewable energy source – and they haven’t had to look further than our mouths.

Engineers at Penn state University in America have powered a fuel cell based entirely on human saliva that can produce ‘tiny but sufficient’ amounts of power to run chip-based applications, potentially opening the door implantable medical devices.

The saliva-powered fuel cell produced almost one microwatt in power, the same needed to power some watches and calculators.

The same amount of power could enable scientists to create a device that alarms people with epilepsy about a possible seizure. Experts also suggest that the technology could lead to a device that could monitor conductivity in a woman's saliva, which undergoes changes around five days prior to ovulation. The predictor could be used to help maintain a woman’s health, as well as help couples in better family planning in a non-invasive, easy-to-use method.

Dr Carter said: “Although predominantly water, saliva is composed of inorganic and organic components, such as glucose, that can be utilised for fuel by bacteria. If the technology is available, it could open the door to a new world of healthcare. 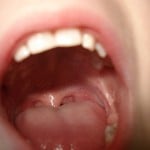 “What it should emphasise to people is how important it is to keep their mouth healthy. If your saliva is unhealthy, you may not be in a position to reap the benefit of the technology mooted in the research. Drinking alcohol, smoking, regular snacking on sugary foods and drinks and bad breath can contribute to unhealthy saliva, and are all habits I would advise people steer well clear of.

“Snacking throughout the day has become a big problem here in the UK. It contributes to the obesity problem we are faced with, not to mention the level of tooth decay. Tobacco use and drinking alcohol to excess are the leading risk factors for mouth cancer, a disease many experts forecast will double within the decade.

“All this points to keeping up good standards of oral health. Prevention remains the best way to do this. Regular check-ups, as often as the dentist recommends, is one of the Foundation's key messages. They help to cut down on the need for un-necessary emergency treatment and nip any developing problems early.

“If you have swollen gums that bleed regularly when brushing, bad breath, loose teeth or regular mouth infections appear, you should visit your dentist. Keeping to a good routine that involves brushing your teeth for two minutes twice a day using a fluoride toothpaste, cutting down on how often you have sugary foods and drinks and regular use of interdental brushes will help to keep any problems to a minimum.”

While the researchers tested this mini microbial fuel cell using acetate and human saliva, it can use any liquid with sufficient organic material.

The future for the Gulf of Mexico looks grim