Salus Alpha starts the New Year with the support of the Cinema for Peace Gala in L.A. honouring Ben Affleck for his social commitment. The Gala takes place in the famous Beverly Hills Hotel on the 11th of January.

Actor and Director Ben Affleck get awarded this year for his mission with the Eastern Congo Initiative. Ben Affleck, as the founder of this initiative, has supported East Congo now for many years. The Initiative is committed to support a dynamic growing East Congo, which has great chances for a economic and social growth so that a solid civil society can develop.

The Gala of 2012 collected more than 5 million US-Dollars the day before the Golden Globes which was dedicated on occasion of the second anniversary of the earthquake in Haiti. The whole proceeds were donated to Sean Penn’s J/P Haitian Relief Organization. Salus Alpha was a main supporter of this event.

The company resp. Oliver Prock is proud to support this year’s event: "Doing good, feels good. To do good things without expecting anything in return is the joy of life to do them. Some are lucky in life, some are not. It is our assignment to support the once in need. This is what we do by supporting this great event and the Eastern Congo Initiative." 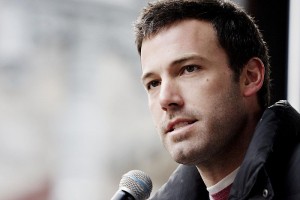 How This One Chart Proves Economic Recovery Is Fake