"With the skill set of a hitmaker and the objectives of a genre-shunning experimentalist, salute is only just getting started" – Crack

The acoustic version is a breath taking, stripped back performance of the single with salute on piano whilst Liv Dawson's delicate vocals float elegantly over the simple chords changing the direction of the single into a soothing ballad. Describing the track, salute explains himself in a newfound positive mind-set, pronouncing it as "an ode to being happy" before going on to explain "I've become a much more joyful person over the past year and it is starting to manifest in the music I've been making. This record took me a long time to complete so I'm glad it's finally out there!". 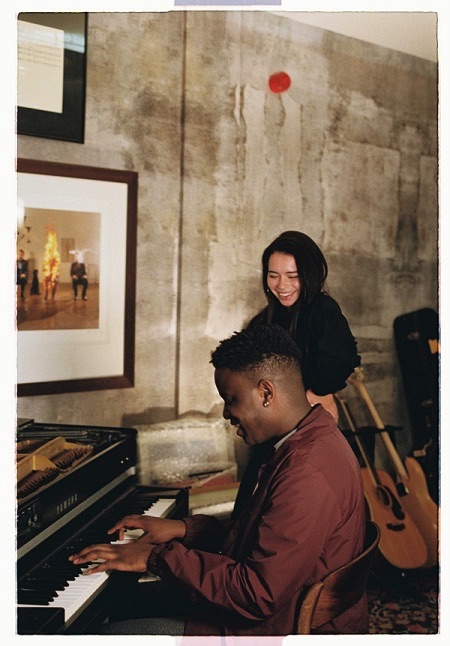 Continuing his trend of working with the hottest breakthrough talent out there, salute connected with Liv early on while writing 'Light Up'. Describing their working process, Liv exclaims, "I loved working with salute! As soon as I heard the track I vibed with it – such a cool, summery feel to it. Collaborating with other artists you really enjoy, such as salute, is always an amazing feeling. Can't wait for everyone to hear Light Up!"

Hailing from Vienna and now living in Manchester, salute had a landmark year in 2016 dropping his My Heart mini-album to plaudits from the likes of Pitchfork, Crack Magazine and The FADER, who called it "a blitz of colourful melodies and pop vocals". The release featured contributions from a wealth of talent salute connected with in the writing process such as Leeds based artist/producer Krrum, Brooklynite KAMAU and the enigmatic D.R.A.M., who teamed up with salute on the project's lead single 'One More Chance'; a collaboration which saw the pair record a special session for FACT TV at Maida Vale. You can watch 'One More Chance [Live At Maida Vale]' HERE.

'Light Up' is the first in a set of releases that will see salute build up to his anticipated full length debut.

"Light Up (Acoustic)" is available to buy here – http://smarturl.it/LightUpAcoustic

Catch salute live at his headline show at Kamio this September 27th.  Tickets on sale now