Sam Smith’s ever-growing fan base now includes the Queen of R&B Mary J. Blige, who lent her vocals to a new duet with Sam of his UK No.1 debut single, “Stay With Me.” The video for this new version premiered on ABC’s “Good Morning America” on June 2 and feature both artists sharing a stage, delivering a tender live rendering of this gospel-infused song.

Smith is no stranger to R&B and soul, often citing the genre greats as inspiration. “Working with Mary J. Blige is one of the biggest highlights of my career so far. I remember holding her album in my hands in the car when I was a young boy, to meet your idols is a magical thing, but to work with them is truly a dream come true.”

“I’m so honored to have had the chance to work with Sam Smith,” say Mary J. Blige. “Sam’s true soulful voice… is the first of this kind I have heard since Luther Vandross, Freddie Jackson and all the great soulful male voices from the ‘80s. I’m completely blown away by his talent, soul and the sincerity.”

“Stay With Me” is the lead single from Smith’s long-awaited debut, In The Lonely Hour which was released in the UK last week and climbed straight to No. 1, as Smith earned the fastest-selling album in 2014, and knocked Coldplay’s Ghost Stories from the top of the chart.

Smith recently announced he will celebrate the release of In The Lonely Hour with his fans, and perform a special concert at the legendary Apollo Theatre in NYC, upon which he will join the ranks of R&B royalty who have inspired him.

This autumn, Smith will head back to the US for a North American tour that will begin September 15 in Boston and hit major markets in the U.S. and Canada. Dates are currently on sale with several already sold out, including The Greek Theatre in Los Angeles. 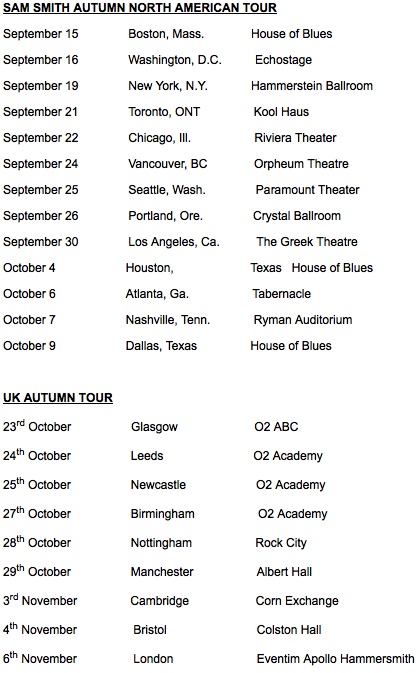 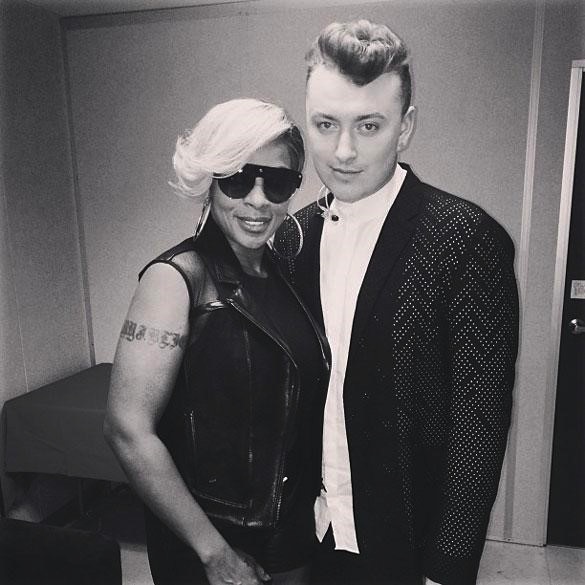 Bob Dylan at the Clyde Auditorium: A Review