Apple has been successful in getting a block on the import and sale of Samsung’s Galaxy Tab 10.1 tablet in the US.

Judge Lucy H. Koh of the US District Court for the Northern District of California, San Jose division has told Samsung and its US subsidiaries that t cannot import of sell any "product that is no more than colourably different from this specified product and embodies any design contained in U.S. Design Patent No. D504,889."

For their part Apple has to post a bond of $2.6 million to cover any damages to Samsung should this decision later be found to have been wrongfully enjoined. The order comes into effect once the bond is posted and will give Apple's iPad an edge in this very competitive market place.

The patent concerned is all about the appearance of the device and, from the drawings shown here, you can see that just about any thin, squarish device with rounded corners of a certain size would qualify for infringement.

Initially Judge Koh had said that, although the Samsung device could be seen to infringe on Apple’s patent and cause Apple irreparable harm, the patent itself was in all likelihood invalid based on previous art references.

Apple’s critics claim that the company is using patent law too aggressively in order to strangle competition. But it does not always go Apple’s way. The company recently lost a decision in a Chicago court after they tried to pursue patent claims against Google’s Motorola Mobility Unit.

Samsung looks set to appeal this decision but has many other offerings for the market so may not be unduly affected by this. 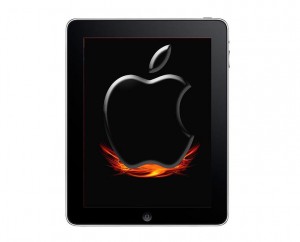 Image by Pattanaik (Own work) [CC-BY-3.0 (http://creativecommons.org/licenses/by/3.0)], via Wikimedia Commons

Embedding Security in the Internet of Things

5 Cool Things You Can Do With A Raspberry Pi