Twenty Santas delivered a tonne of coal on a dumper truck to 'the world's naughty bank' HSBC at Moorgate in the City of London this morning to highlight the bank's massive financing of fossil fuels and to call on it to pull out of coal, the fuel most damaging to the global climate.

Protestors from the World Development Movement, dressed as Santa Claus, delivered Christmas stockings full of coal to HSBC, and sung festive songs including 'Frosty the Banker' and 'Deck the Halls with Dirty Money'.

"HSBC has been a very naughty bank this year, pouring billions into dirty fossil fuels, and ignoring the fact that if we want to avoid runaway climate change, we have to keep fossil fuels in the ground. So we thought a tonne of coal would be the best Christmas present we could give the bank. Maybe it will be better behaved next year and start phasing out its financing of fossil fuels." 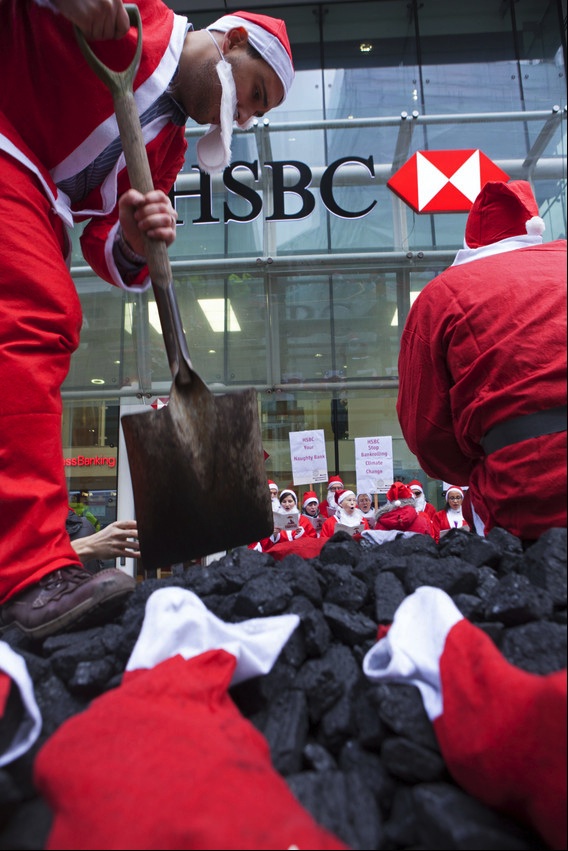