Nicolas Sarkozy may be doing his best to do down Britain, but is there any substance to his claims that Britain has no industry left?

It all started when the French President stepped upÂ the war of words against David Cameron and Britain in an outburst in which he said Britain 'has no industry left', of course this is a response to Britain's decision not to sign up to closer fiscal linkage with the rest of Europe.

"The UK has no industry any more," was his precise response to aÂ journalistÂ who drewÂ parallels betweenÂ Sarkozy's future plans to increase VAT by 1.6% and aÂ similarÂ past decision in the UK which led to an increase in inflation.

The problem is Britain does haveÂ industry left and even the French press were quick to point that out. Sarkozy was incapable ofÂ specifying which industries had declined and remained vague as to whether he wasÂ referringÂ to the UK's manufacturing base or a recent demise of our service industry, either way it was an own goal on his part.

If a financial transaction tax is avoided Britain may be about to reassertÂ itself as financial capital of the world or rather London might be about to reap the benefits of theÂ absenceÂ of such a tax whilst the rest of the British Isles is leftÂ collectivelyÂ Â scratchingÂ it's headÂ wondering what benefit does society gain from the financial services that brings billions of pounds worth of tax revenue every year. 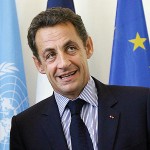 Is the British bulldog ready to stand up to theÂ Gallic goblin and protect our bankers because we love them or because reliance on the service industry is now the backbone of our economy?

That is the question…or is Sarkozy vaguely correct in his flippantÂ dismissalÂ of Â British industry. Well persons in glass houses should not throw stones when you consider roughly 17% of British GDP comes from 'industry' as opposed to 14% in France.

I would say Sarkozy needs to get of his soap-box, but how else is he supposed to reach the top shelf in his fridge?

Pension pots that follow job changers to be introduced

Equities: is the bull market under threat?