Save Kids’ Content Campaign joined by TV stars, MPs and peers in the House of Commons

The Save Kids’ Content Campaign was joined by TV stars, MPs and peers in the House of Commons to celebrate an exciting leap forward for British children’s television

Save Kids’ Content held a reception in the Houses of Parliament yesterday, Wednesday the 12th July to celebrate the passing of a new law in the Digital Economy Act and discuss the future of kids TV.

Following the hard work and dedication of the Save Kids Content campaign, Ofcom now have the necessary new powers to revitalise children’s television. The reception was a chance for industry experts and politicians to discuss the future of the genre, and how Ofcom should use their new powers to deliver the type of programming British children deserve. 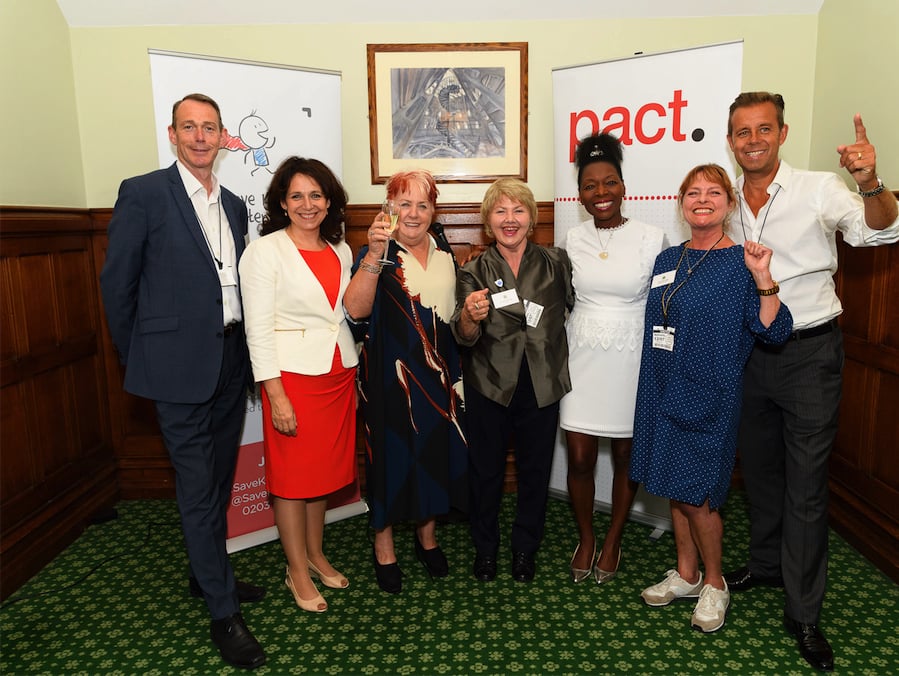 The reception was hosted by Julie Elliott MP and sponsored by the Save Kids Content Campaign and the Producers’ Alliance for Cinema and Television (Pact).

Anne Wood CBE, the founder of Save Kids’ Content Campaign, Chief executive of Ragdoll Productions and whose television achievements include Rosie and Jim, Teletubbies, In The Night Garden and Twirlywoos said: “Securing this legislative change is a huge achievement, but it’s now time for parents and the production industry to unite in ensuring that Ofcom uses its new powers to deliver more of the high quality children’s programming which this country is renowned for”.

The reception host, Labour Party MP Julie Elliott, has been a dedicated supporter of the campaign for British TV for our children, spoke about the importance of working together to deliver more quality content: “When politicians work together they can really make a difference. Making a difference with something like this is what makes the job worthwhile”.

Pat Sharp: “Look back on your childhood and remember what you saw. Unless there is more homemade kids’ television, today’s children are not going to grow up the way my kids grew up”

Annette Badland: “I worry about what the current generation of children will, do in 30 years’ time, about what television they’ll remember, what they will have to relate to, identify and share”

For further information, comment, photos or interviews please call Laura Holloway or Connie Long at the Save Kids’ Content campaign 0203 267 0074 or email savekidscontent@jbp.co.uk.

For more information on the campaign visit www.savekidscontent.org.uk