'Say No To Trump' projected onto Palace of Westminster

The projection, which took place at 7pm on Sunday evening, was created by Global Justice Now, a campaign organisation that is part of the Stop Trump coalition, working alongside guerrilla projectionists Feral X.

Nick Dearden, the director of Global Justice Now who was present for the projection said:

“Since assuming his presidency, Trump has been responsible for some of the most dangerous and divisive policies of our times, and it’s disgraceful that Theresa May would want to normalise his odious politics of hate by inviting him for a state visit. We’ve made this projection to stand alongside the nearly two million people who signed the petition to demand that this state visit should not take place and the hundreds of thousands of people who are taking to the streets to oppose the racism and xenophobia that Trump represents.

"We want to give a clear message to Theresa May that it’s not acceptable for her to cosy up to a leader like Donald Trump. She has no public mandate to do that and we hope MPs are going to tell her that today." 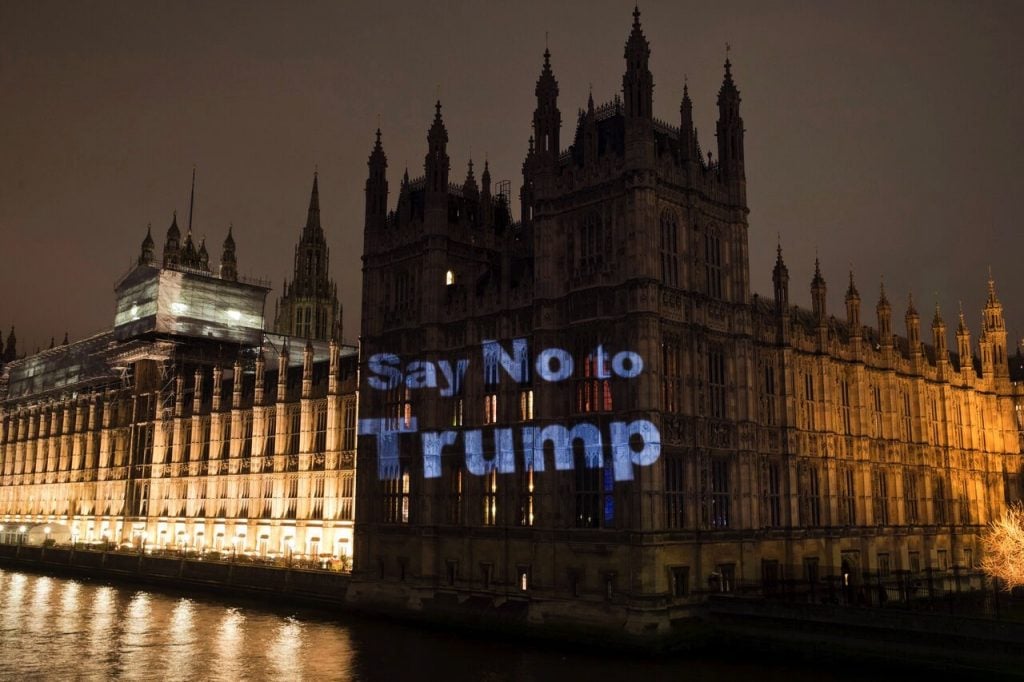 Dealing with the Brexit’s effect on the British Pound

Sharing the nuclear deterrent with France