According to some researchers the potential for criminal and anti-social behaviour can be detected in children as young as three years old.

They claim that violence is based in biology with the result that certain tests and brain scans would be able to find them in children so that corrective work could be conducted during their formative years to stop them straying into crime.

Professor Adrian Raine and Dr Nathalie Fontaine put the ideas forward at the American Association for the Advancement of Science (AAAS) in Washington reports the Telegraph [1].

Professor Raine, who is a British criminologist and former home office psychologist, says that his studies show that psychopaths and criminals have a smaller amygdala and prefrontal cortex, which control emotion and behaviour. And some children he said have little or no conditioning with regard to fearing punishment and that this can be detected in children before they become disruptive.

Dr Fontaine, who based her theories on data from 9,000 twins, said that children as young as four can show 'callous unemotional traits' that could indicate future criminal behaviour.

Both say that identifying those children with potential problems would enable experts to work with them and their families to help prevent the children becoming criminals later in life.

There are of course implications to this, both ethical and social. 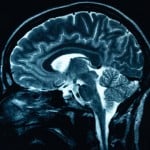 How can we justify treating a child for something they haven't yet done? Is work over many years to correct a possibility just the same as giving them an inoculation to prevent polio for example?

Also, don't forget that the child and possibly the family become stigmatised by this, it is not something that is easily hidden.

Then there are other concerns, what else does the scan pick up? Future genius? Future alcoholic? Future artist? Future sportsperson? Future leader? We risk pigeonholing the whole of society before they even venture into a schoolroom. We would already have their future mapped out for them, where then parental control and responsibility?

Dr Raine said 'We could be ostriches and stick our heads in the sand but I believe we have to pursue the causes of crime at a biological and genetic level as well as at a social'.

The decline of bee numbers