Schoolchildren Esiteri Nabou from Samabula, Fiji and Henry Sullivan-Porteous from Peterborough, England led out the Teams as an Official Mascot in the England v. Fiji opening match at Rugby World Cup 2015.

Eleven year-old Nabou and eight year-old Sullivan-Porteous were given this once in a lifetime opportunity by Land Rover as part of their Rugby World Cup 2015 mascot programme. As Worldwide Partner of the Tournament, Land Rover is championing Rugby’s grassroots and highlighting their commitment to all levels of the Game as part of the #WEDEALINREAL Campaign.

Land Rover has recruited mascots from each of the competing nations, providing 96 youngsters the chance to lead out a team at Rugby World Cup 2015. Thousands of youngsters aged between 7-13 years-old applied for the programme by taking part in rugby challenges at grassroots events around the world. Challenges have ranged from singing their national anthem to giving team-talks, with the best entries from each country selected for this once in a lifetime opportunity.

With a rich heritage in supporting rugby from grassroots competitions to elite tournaments and teams, Jaguar Land Rover Global Brand Experience Director Mark Cameron commented: “Land Rover is delighted to be giving these youngsters the opportunity of a lifetime to become mascots at Rugby World Cup 2015, as part of our We Deal In Real campaign. Having been selected from each of the competing nations along with a number of home nation winners, we believe this will showcase the grassroots players who represent the true spirit of the game around the world.” 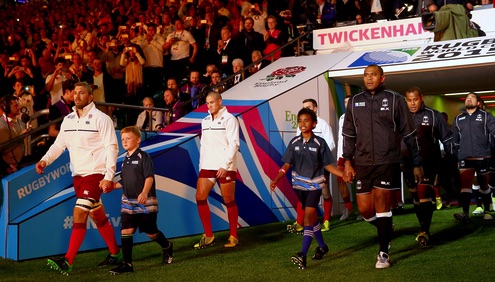 UK at greatest risk of identity fraud in Europe