"Brazil’s economy contracted by 0.5% in the three months to September, down from a 1.8% expansion in the second quarter. This translates to a growth rate of 2.2% year on year, versus 3.3% growth in Q2. The Q3 GDP results were worse than consensus expectations and are likely to deepen concerns of a possible debt rating downgrade for the sovereign. The decline in output was led by the agricultural sector, which dropped from a 11.6% year on year expansion in Q2 to a contraction of 0.97% in Q3. Output from the manufacturing and construction sectors were also weaker, driving an overall decline in industry. On the expenditure side, consumer spending held up well, while investment and exports weakened, and imports climbed strongly.

"The figures are a worry for a number of reasons. Against a backdrop of a weaker currency, net exports should be increasing, not decreasing. Yet in contrast with India, the depreciation of the Brazilian Real, occasioned by worries of quantitative easing tapering in the US, has not resulted in the macroeconomic adjustment we would expect. Secondly, the economy continues to be propped up by consumption and fiscal stimulus (government expenditures grew 2.3% year on year, up from 0.8% the previous quarter). But with a fiscal deficit of 3.2% of GDP and a consumer debt service ratio of 21%, the scope for this to continue seems limited. The government risks a ratings downgrade, particularly now that revenues will be even lower than expected. Indeed, with elections in October, fiscal restraint appears unlikely, and so we expect a downgrade within 12 months. Finally, the poor growth data increases pressure on the central bank’ to end its interest rate hiking cycle, despite an ongoing problem with high inflation and inflation expectations, which has been exacerbated by the weak real. 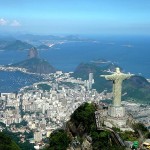 "There is no silver bullet for Brazil’s current situation. High inflation and weak growth limit the scope for loose fiscal or monetary policy as effective remedies. The medicine the economy needs most of all is structural reform to address the many supply side bottlenecks and to incentivise new investment. Unfortunately, we suspect that action on this front is unlikely ahead of October’s elections in 2014.

"Growth should benefit somewhat from a recovery in developed markets next year, while inflation should ease on lower commodity prices. But if Brazil does not reduce its dependence on consumption and fiscal populism, stagflation could become the norm, which the markets will punish."