Writing about the economics of Scottish independence is not for the faint hearted. The last time I did so, I was surprised by the resulting abuse I received via email. Apparently some think this is a deliberate tactic of the yes campaign, which would bode ill. But this time around, hopefully the feedback will be less vitriolic – because I want to offer a solution to the currency debate.

The SNP’s position has long been that an independent Scotland should become a member of a new sterling ‘currency zone’ (or rather, an old currency zone with new labelling). Westminster tends to dismiss this idea as unworkable. There are certainly considerable practical challenges. No currency union can survive without some form of fiscal union, as the recent euro crisis has clearly shown. So there is an immediate trade-off between the freedom to set fiscal policy that Scottish independence should bring, and the constraints of keeping the pound. If Scotland got into trouble and needed external funding from the UK, the conditions might not be quite as draconian as those imposed on Greece; but the precedents are clear.

There are also serious issues around bank regulation. The SNP wants the Bank of England to have Scottish representation on the MPC (which is a sideshow). It also wants it to remain as lender of last resort for Scottish banks, but depend on a separate Scottish regulator for analysis of those banks’ health. Again, this would be highly unorthodox, as the UK government (backstop to the BoE) would be exposing itself to significant external credit risk in implicitly underwriting Scottish institutions. Without UK-imposed fiscal controls on Scotland, this too seems unworkable.

The mooted alternative is for Scotland to join the euro. However, as senior European policymakers have made clear, this is highly unlikely. Scotland may well be unable to join the EU in the first instance; simply hoping that it could do so, let alone join the euro, is not realistic. 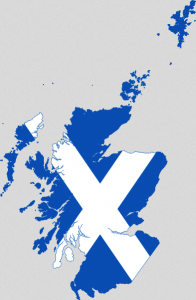 This approach would be simple and achievable, and also has a certain elegance. Having a different currency does not imply that old pound notes would cease to be viable tender – nor that UK money would stop flowing into Scotland. The case of Denmark, which has operated a currency peg against the euro for several years, is very instructive here (for instance, many Danish shops accept euros). It would allow the Scottish government freedom to do as it chooses, within the constraints of the currency peg, and avoid any sharp drop in living standards.

The SNP is not stupid: it knows this option exists, that it is workable, and that it is most compatible with independence. And that in turn begs an obvious question: what is it that makes them willing to sacrifice hard-fought fiscal independence for the sake of keeping the (British) pound? Whatever the reason is, it is hard to see the SNP's approach as one of a new country confidently making its way in the world.