Following the dramatic narrowing in the polls, politicians in Westminster have now realised that there is a very real chance that Scotland will vote to leave the United Kingdom. In part, this reflects the canny politicking of Alex Salmond, who is a formidable campaigner. I have always believed that the vote is about much more than economics – as indeed would be any referendum on EU membership.

More worrying than independence per se (I am a big believer in self-determination) is the fact that there is no roadmap for how Scotland would achieve independence if it votes ‘yes’. The resulting uncertainty around negotiations and arrangements has already had a notable impact on financial markets, which is bad both for Scotland and the rest of the UK (rUK). So here is a simple, three-point plan, to achieve independence cleanly and with the minimum of fuss, by 1 March 2016.

1) rUK assumes full responsibility for all of the outstanding debt issued by the UK government: Scotland starts its life as a new country debt-free, unless it issues any itself. This would put further pressure on the rUK’s public finances; but it would not lead to ruin. And there would be significant advantages. 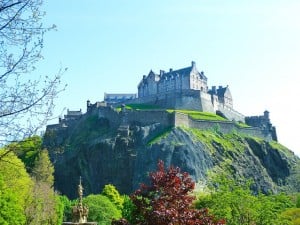 2) There is no formal currency union. It just doesn’t make sense for rUK to enter into one. Scotland is free to choose whatever independent monetary arrangements it wants. Sterlingisation (using the pound without a union) would frankly be daft, but the Scots could choose it if they wanted to. However, the better option would be to invent a new ‘Scottish pound’ and peg it to the GBP sterling.

3) Similarly, all other UK assets transfer to rUK, along with all the debt. This gives Scotland a clean slate to make its own decisions: it can decide where to set up embassies, how big it wants its new army to be (volunteers could transfer from rUK forces), lead its own negotiations with the EU and Nato, take all tax and spending and borrowing decisions, etc. The Scottish government could be given powers to issue its own debt ahead of independence, to fund the creation of new entities and structures ahead of independence.

The big advantage of this plan is that it would be a pretty clean break. While there would clearly be some remaining issues (the timing on moving Trident, new Scots passports, migration issues), the big questions that businesses and markets want addressed would be answered head on, and in good time. Of course, the process would still be painful and costly for both sides – but break-ups always are. There is no painless option here; but this approach would resolve significant uncertainties in short order, providing much-needed clarity.

Businesses would then have 18 months or so to choose whether to relocate north of the border, or instead head south. So too would people. And, importantly, as well as ensuring that the Scottish people were no longer dependent on Westminster, this plan would put the rest of the UK back in charge of its own destiny. The coalition government should bite the bullet and make this Plan A if there is a yes vote on 18 September.

Theresa May’s first anniversary – What a difference a year makes