Speaking on the Andrew Marr show the Prime Minister called for "decisiveness" on the proposed referendum and the potential of Scottish independence should be brought to the forefront of the political agenda.

"IÂ stronglyÂ support the United Kingdom, I think its one of the mostÂ successfullyÂ partnerships in the history of the world, I think it would be desperately sad if Scotland chose to leave the united Kingdom and I will do everything I can to Â encourage Â Scotland to stay in the unitedÂ kingdom"

Alex Salmond's ScottishÂ National Party (SNP) has previously pointed towards 2014 as the date for such a referendum. Hhowever it isÂ believedÂ that the UK Government will be looking towards bringing that date forward and holding a referendum in the next 18 months.

David Cameron also called for anyÂ referendumÂ to beÂ legallyÂ binding to ensure that the referendum is notÂ perceivedÂ as a token gesture.

PoliticalÂ commentatorsÂ have speculated that David Cameron's decision to push for an early referendumÂ is due to recent polls which haveÂ suggestedÂ that the people of Scotland will vote against full independence (evenÂ throughÂ there has been an increase in support for independence) which, if translated into referendum votes, would mean Scotland will remain inÂ theÂ union for an indeterminable period of time. 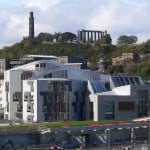 Questions towards the extent of political,Â financial, and militaryÂ independence have yet to be agreed in the format of the referendumÂ and the PM did not specify the full nature of such a referendum on the Andrew Marr show. So it remains uncertain as to the full intent of the Prime Minister inÂ stirringÂ up the debate on what wouldÂ ultimatelyÂ result in a breakup of the United Kingdom.

But Scotland's Deputy First Minister, Nicola Sturgeon has denounced David Cameron's words saying that Scottish independence is a matter for the people of Scotland and theÂ placingÂ of conditions suggests motives from the Prime Minister to interfere with the democratic process in Scotland.

"Over the next few years there will be enormous challenges, such as whether to keep our kingdom united,"

Markets settle down waiting for ESM ruling and FOMC