Introduction of progressive Stamp Duty Land Tax (SDLT) instead of the proposed mansion tax would be a fairer move for the Chancellor in his upcoming Autumn Statement, says Stephen Hemmings, director at Menzies LLP:

“The Chancellor should consider including proposals for a progressive Stamp Duty Land Tax (SDLT) rate system to replace the proposed mansion tax. It would be good to see the introduction of a hybrid SDLT system with progressive rates up to £2 million and the highest charge for properties above £2 million. This would be fairer than the mansion tax because, being a transactions tax, it would not penalise people on limited incomes who have lived in a property all their lives.

“A progressive tax system would not necessarily lead to a loss in revenue. Prices would rise around each threshold, increasing the tax take, and at the very top end of the market most of the value would remain at the highest rates. Furthermore, in a growing housing market with no matching increase in banding thresholds, HMRC’s tax take will always increase. 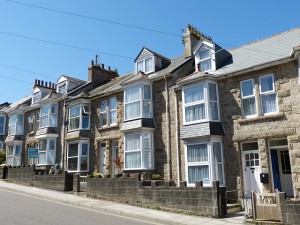 “It is worth noting that the Scottish government has recently released proposals for the Land and Buildings Transaction Tax, which replaces SDLT north of the border, and is based on a progressive system. They have significantly increased the rates on higher-value property – with 10% on property above £250,000 and 12% on values over £1 million.

“The current tax regime operates on a cliff-edge basis at each price band. For example, if you buy a house for £250,000 you pay £2,500 SDLT, but if you pay only £1 more – £250,001 – then £7,500 is due. This distorts the market by creating clusters and oversupply below each price threshold and gaps above where there is a shortage of property.”