Analysis: Political drive to screen for pre-dementia: not evidence based and ignores the harms of diagnosis

A political drive, led by the UK and US, to screen older people for minor memory changes (often called mild cognitive impairment or pre-dementia) is leading to unnecessary investigation and potentially harmful treatment for what is arguably an inevitable consequence of ageing, warn experts on bmj.com today.

Their views come as the Preventing Overdiagnosis conference opens in New Hampshire, USA today (10 September), partnered by BMJ’s Too Much Medicine campaign, where experts from around the world will gather to discuss how to tackle the threat to health and the waste of money caused by unnecessary care.

A team of specialists in Australia and the UK say that expanding diagnosis of dementia will result in up to 65% of people aged over 80 having Alzheimer’s disease diagnosed – and up to 23% of non-demented older people being labelled with dementia.

They argue this policy is not backed by evidence and ignores the risks, harms and costs to individuals, families and societies. It may also divert resources that are badly needed for the care of people with advanced dementia.

Dementia is age related and with an ageing population is predicted to become an overwhelming and costly problem. But the evidence suggests that while 5 – 15% of people with mild cognitive impairment will progress to dementia each year, as many as 40 -70% will not progress and indeed their cognitive function may improve. Studies also show that the clinical tools used by doctors to diagnose dementia are not robust, and that many people who develop dementia do not meet definitions of mild cognitive impairment before diagnosis. But this has not deterred countries from developing policies to screen for pre -dementia.

For example, in the US, the Medicare insurance programme will cover an annual wellness visit to a physician that includes a cognitive impairment test. In England, the government has announced that it will reward general practitioners for assessing brain function in older patients – and has committed to have “a memory clinic in every town and every city” despite no sound evidence of benefit.

This had led to the development of imaging techniques and tests that are increasingly used in diagnosis, despite uncertainty over their accuracy, say the authors. The researchers say however, that until such approaches are shown to be beneficial to individuals and societies they should remain within the clinical research domain.

Furthermore, there are no drugs that prevent the progression of dementia or are effective in patients with mild cognitive impairment, raising concerns that once patients are labelled with disease or pre-disease, they may try untested therapies and run the risk of adverse effects. 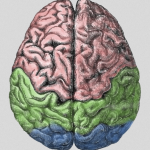 They also question whether ageing of the population is becoming a “commercial opportunity” for developing screening, early diagnosis tests and medicines marketed to maintain cognition in old age.

The desire of politicians, dementia organisations, and academics and clinicians in the field to raise the profile of dementia is understandable, write the authors, “but we risk being conscripted into an unwanted war against dementia.”

They suggest that the political rhetoric expended on preventing the burden of dementia would be much better served by efforts to reduce smoking and obesity, given current knowledge linking mid-life obesity and cigarettes with the risk of dementia.

“Current policy is rolling out untested and uncontrolled experiments in the frailest people in society without a rigorous evaluation of its benefits and harms to individuals, families, service settings, and professionals,” they conclude.