Sean Penn on the fate of the Falkland Islands

The actor and political activist Sean Penn has rounded on Britain saying that its claim on the South Atlantic Falkland Islands is ‘ludicrous and archaic’ colonialism.

He was speaking during a visit to Argentina where he met the president, Cristina Kirchner, and referred to the Falkland Islands as ‘the Malivinas Islands of Argentina’.

His words come almost exactly 30 years after Argentina started the Falklands War (2nd April 1982) during which 255 British servicemen lost their lives in liberating the Islands from an invading Argentine force.

This ill-timed intervention from Mr Penn can do nothing other than further inflame an already delicate situation.

Sean Penn though is no stranger to the political scene and the controversy it can sometimes cause.

He has opposed the Iraq war as well as visiting its neighbour Iran. He has been to Cuba where he interviewed Raul Castro. In the past he was supported Hugo Chavez, the president of Venezuela, as well as calling for the impeachment of George W Bush over the Iraq war. 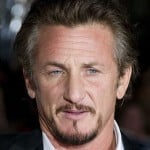 Penn has also supported same sex marriage and was directly involved on the ground helping save people in New Orleans after Hurricane Katrina. He also co-founded the J/P Haitian Relief Organisation tent camp for 55.000 people.

He is one therefore to call it as he sees it.

Speaking about the Falklands he said “I think that the world today is not going to tolerate any kind of ludicrous and archaic commitment to colonialist ideology. The way of dialogue is the only way to achieve a better solution for both nations.”

But here he has missed the whole point. This is not a dispute between nations about ownership. It is a situation where Argentina wants to rule the Falklands and the Islanders do not want that rule.

His political Radar has failed Penn this time. The bully in the school yard is Argentina and the little guys are those that live on the Falkland Islands and just want to get on with their lives under British protection.