The Securities and Exchange Commission today adopted final rules to permit companies to offer and sell securities through crowdfunding.  The Commission also voted to propose amendments to existing Securities Act rules to facilitate intrastate and regional securities offerings.  The new rules and proposed amendments are designed to assist smaller companies with capital formation and provide investors with additional protections.

Crowdfunding is an evolving method of raising capital that has been used to raise funds through the Internet for a variety of projects.  Title III of the JOBS Act created a federal exemption under the securities laws so that this type of funding method can be used to offer and sell securities.

“There is a great deal of enthusiasm in the marketplace for crowdfunding, and I believe these rules and proposed amendments provide smaller companies with innovative ways to raise capital and give investors the protections they need,” said SEC Chair Mary Jo White. “With these rules, the Commission has completed all of the major rulemaking mandated under the JOBS Act.” 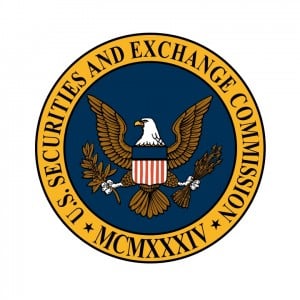 The new crowdfunding rules and forms will be effective 180 days after they are published in the Federal Register. The forms enabling funding portals to register with the Commission will be effective Jan. 29, 2016.

The Commission also proposed amendments to existing Securities Act Rule 147 to modernize the rule for intrastate offerings to further facilitate capital formation, including through intrastate crowdfunding provisions.  The proposal also would amend Securities Act Rule 504 to increase the aggregate amount of money that may be offered and sold pursuant to the rule from $1 million to $5 million and apply bad actor disqualifications to Rule 504 offerings to provide additional investor protection.

The SEC is seeking public comment on the proposed rule amendments for a 60-day period following their publication in the Federal Register.