The Securities and Exchange Commission today announced that national audit firm Grant Thornton LLP and two of its partners agreed to settle charges that they ignored red flags and fraud risks while conducting deficient audits of two publicly traded companies that wound up facing SEC enforcement actions for improper accounting and other violations.

Grant Thornton admitted wrongdoing and agreed to forfeit approximately $1.5 million in audit fees and interest plus pay a $3 million penalty.

“Audit firms must be held responsible when systemic failures such as inadequate engagement procedures, staffing, or supervision cause the firms’ work to fall significantly short of expected standards, particularly when multiple audits and engagements are involved,” said Andrew J. Ceresney, Director of the SEC’s Division of Enforcement.  “Grant Thornton was aware of red flags suggesting audit quality issues in the audits conducted by one of its engagement partners and its audit quality more generally, but failed to remedy the situation.” 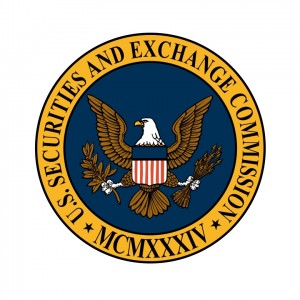 “Grant Thornton auditors recognized that representations by ALC and Broadwind management were questionable.  Yet in the end, Grant Thornton accepted faulty explanations as the truth and failed to demonstrate adequate professional skepticism or obtain corroborating evidence,” said David Glockner, Director of the SEC’s Chicago Regional Office.

According to the SEC’s orders instituting settled administrative proceedings:

• In the ALC audit, Grant Thornton, Koeppel, and Robinson knew or should have known that heightened scrutiny was warranted with respect to the effects of ALC’s calculations of occupancy and coverage ratio covenants in a lease pursuant to which ALC operated eight assisted living facilities.

• The firm and both partners were aware of repeated red flags surrounding ALC’s claim that it had an agreement with the lessor to meet lease covenants by treating ALC employees and other non-residents as occupants of the facilities.

• They violated professional auditing standards by failing to take reasonable steps to determine that an agreement with the lessor existed or that ALC employees whom ALC claimed to be occupants of the facilities were actually staying there.

• During the Broadwind engagement, Grant Thornton and Koeppel relied almost exclusively on unsupported management representations that a $58 million impairment charge had not occurred ahead of a significant public offering by Broadwind, even after learning of management’s own expectation of impairment and other facts establishing impairment.

• Grant Thornton and Koeppel failed to obtain adequate audit evidence to support management’s conclusion that the impairment had occurred after the offering.

• They also failed to exercise due professional care and skepticism or obtain adequate audit evidence related to a significant bill-and-hold transaction.  The revenue from this transaction allowed Broadwind to meet its debt covenants.

• As a result of these and other deficiencies, Grant Thornton issued audit reports containing unqualified opinions on ALC’s 2009, 2010, and 2011 financial statements and Broadwind’s 2009 financial statements that inaccurately stated the audits had been conducted in accordance with PCAOB standards.

The SEC’s orders find that Grant Thornton, Koeppel and Robinson engaged in improper professional conduct pursuant to Section 4C(b) of the Securities Exchange Act of 1934 and Rule 102(e)(1)(iv) of the SEC’s Rules of Practice.  They also were found to have caused violations of Section 13(a) of the Exchange Act and Rules 13a-1, and Grant Thornton and Koeppel were found to have caused violations of Rule 13a-13.