It looks like Greece’s roller-coaster ride of the Euro is about to come to an end as secret plans are drawn up for a Grexit.

Now suspicions that plans were being prepared in case the country elects a hard left government has been confirmed it will of course throw further uncertainty on the markets. That is if any certainty has existed at all for the last few years.

But will there be any money left in the pot when Greece does finally withdraw and return presumably to the Drachma? There are reports that wealth is haemorrhaging from Greece at the rate of somewhere between €100 million and €500 million a day [1].

That of course will mean that all the clever money will be long gone before anyone comes along to inspect the coffers.

But for the ordinary Greek citizen they will be facing capital and border controls. On top of the austerity already imposed on them they will face the possibility that they can’t get their cash out of the bank to buy their groceries. They will have put Euros in and will get Drachma out and the exchange rate won’t be good once the markets kick in. And you thought the money you put in the banks was yours to do with as you pleased.

Suddenly all those human rights go out of the window as passport free travel and the right to get at your own money are suspended so as to preserve public security. Is that what occupation feels like?

This is salutary lesson in the true worth and power of the small individual in a big undemocratic superstate where your money can be kept from you and devalued before your eyes before being given back to you. But that happens only after all the big money is safely tucked away offshore somewhere. 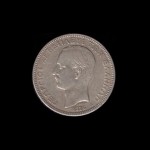 Then there’s the release of the information at such a sensitive stage in the process. Why on earth trail the prospect of these capital control plans coming into force? You would think that there was actually a plan to destabilise the whole sorry mess further so as to create as much political and economic chaos as possible.

The EU has said that this isn’t some sort of disaster plan, but for the ordinary Greek this is exactly what it is and with the way it is being handled it may be a disaster for us all. And all because a few(?) people wanted to hang onto their own personal little political dream of a European superpower despite the overwhelming evidence that the concept was fatally flawed from the start.

When Greece joined the Euro the exchange rate was 340.750 drachma to the Euro, I wonder what it will be after the dust has settled?

Students can win £3,000 by showing their love of learning

EU budget to be increased by 2%