2014 is set to be the first year where a credible recovery from the global recession takes place, according to S&P Capital IQ Equity Research.

Speaking at an S&P Capital IQ hosted event in Dubai, Robert Quinn, Chief European Equity Strategist, highlighted that there are positive structural drivers on the horizon at both the local and global level.

The US economy has proved surprisingly resilient to the fiscal cliff thus far with GDP growth in the first quarter of this year being upgraded to 2.1% from 1.5% year-on-year. The US private sector is also experiencing a return to health, with housing, energy dividend, and ‘pent-up’ corporate capital expenditure strengthening. The structural comparison to the UAE, and Dubai in particular, is that housing markets are once again ready to underpin a macroeconomic recovery. The US housing recovery is more advanced but housing price deflation in Dubai appears to have troughed.

At its worst points, the region combined the US housing price declines with the weakness of the European banking system, S&P Capital IQ noted. However, the greater provisioning by local banks in H2 2012, alongside the final deleveraging efforts of the European banks this year, should see credit conditions improve markedly as we head into 2014. 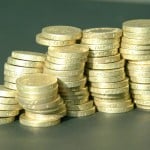 In spite of this positive medium-term outlook, Quinn argues that there is no need to rush back into the equity market in the short-term. “We are heading into a seasonally difficult period for global equities while the Chinese and US pillars of growth are going through a temporaneous slowdown. Global equities have priced in significant gains already and hence we expect them to be range-bound for the foreseeable future.

“Risk compression on improved fundamentals has been the driver of the recent rally; CDS spreads on Dubai have moved in tandem with those of Italy and Spain, tightening by a half since last Summer. It is difficult to see further yield compression and hence those companies able to grow their earnings, few of which have a great track record in recent years that will add alpha and we are not perturbed by the valuations on these names. We would favour the non-oil listed sectors.”