Figures released yesterday reveal that UK-wide self build planning applications in 2014 have decreased by 28% compared to 2008.

Data from Barbour ABI, the chosen provider of the Government's Construction and Infrastructure Pipeline, shows that 16,792 self build planning applications were submitted in the first three quarters of 2008, which has steadily declined year on year to 12,159 in 2014.

As part of the Government's on-going policy to increase the number of available homes, new measures were announced in the 2014 Budget to increase the amount of self build projects. These include a £150 million loan fund to help bring forward thousands of 'shovel ready' building plots and a proposed 'right to build' policy, giving custom builders the right to a suitable plot of land for self build housing, which is currently being pioneered in 11 areas across the country. 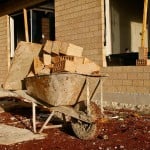 The new data from Barbour ABI highlights that self build applications are down across all regions within the United Kingdom when comparing 2008 to 2014, with the two worst affected areas being the Midlands and East Anglia, down 35 per cent and Wales, down a staggering 62 per cent.

On the findings of the data, Michael Dall, lead economist at Barbour ABI, commented: "Given the economic conditions in the UK over the past six years it is perhaps unsurprising that the appetite to build your own home has diminished. However, there are currently six million people in Britain who would like to commission their own house according to the National Self Build Association. This interest clearly lends credence to the various policies announced by the Government and by the opposition Lyons Review to help increase self-build in the future. Our figures today show that while the policy environment is favourable the figures for actual building continue to decline."

Traders prepare to be disappointed by Bernanke at Jackson Hole