A new scheme will be launched later this year that will see NHS services sold in other countries to generate a revenue stream to bolster up UK domestic healthcare.

This idea put together by the Department of Health and the UK Trade and Investment department is an extension of the work already being done abroad by other hospitals, especially US based ones. For example NHS run Moorfields Eye Hospital and Great Ormond Street children’s hospital both have clinics in the Middle East so it is not a completely new idea and Labour did put forward a similar idea some years ago.

But many people think that this could be a distraction taking money and attention away from the UK healthcare needs while the schemes are set up at a time when the money could be better spent here.

Some even doubt that the NHS has such a strong brand name outside the UK that could be used to attract the income required to make such a scheme viable.

On that front it is worth taking a look at a recent report, “How the NHS measures up to other health systems”, which is based on two reports by the New York based Commonwealth Fund that shows that whilst the NHS has its shortcomings it does give a big bang for relatively small bucks. Especially the Commonwealth Fund’s three key conclusions:

But of course that is not the model that will be employed abroad. In the UK it is ‘free at the point of delivery’ based on general taxation but where these clinics will be run it will be profit based. Therefore branding it under the ‘NHS’ would be a bit misleading.

Then there is the competition. Presumably private healthcare around the world has already sized and priced itself to meet local demand. The NHS would then either have to elbow in and compete on service or price or it would have to identify niches. We would also need to employ a completely different type of manager to oversee them.

I also wonder whether or not these clinics would be available for referral to UK residents who find themselves on a lengthy waiting list here? Or maybe UK/EU citizens who visit the countries that they are in can also use them without paying?

Another aspect is that the taking of profit from healthcare is seen as somehow a bit grubby by many in the UK so would they be happy to have their own healthcare subsidised by money taken for providing healthcare in other countries?

But the real problem that I foresee is that when cuts are needed in the future will they be applied to the profit making centres abroad or to the hospitals in the UK? And which would be the priority where supplies are concerned?

On a wider point the world would become split into two groups, those that sell healthcare and those that buy it, if they can afford it. And just like any other globalised business healthcare would follow the money, possibly out of the poorer areas of the UK. 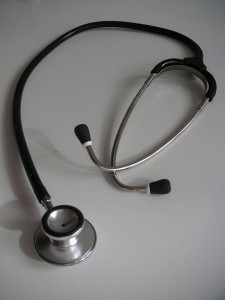