Observations: When EMA and FDA decisions conflict: differences in patients or in regulation?

A senior doctor today questions the US Food and Drug Administration’s (FDA) decision to approve two diet drugs that were rejected as too dangerous by the European Medicines Agency (EMA).

In his new regular BMJ column, Dr Sidney Wolfe, founder and senior adviser to the Health Research Group at Public Citizen, asks why the two regulatory bodies have arrived at different decisions on the same diet drugs.

“Are Americans more resistant to the risks and more likely to benefit from certain drugs than Europeans,” he says. "Or, on the contrary, is the EMA more resistant than the FDA to the drug industry’s desire to get approval for drugs with unique risks but without compensating benefits?”

In June 2012, the FDA approved lorcaserin (marketed in the US as Belviq) despite trials showing a 16% increase in heart valve damage. The reduction in weight loss, beyond that of placebo, was 3% to 3.7%.

The chairman of the FDA advisory committee reviewing the drug stated, “There’s probably not sufficient data at this time to rule out a clinically meaningful increase in the risk for valvular heart disease.”

Despite its approval of the drug, the FDA required the company to do post-marketing randomized trials to better evaluate cardiovascular risk, including heart valve damage.

In contrast, the EMA rejected the application for lorcaserin, stating that “the benefits of Belviq did not outweigh its risks.” Its committee’s safety concerns included “the potential risk of psychiatric disorders (such as depression) and valvulopathy.”

Shortly after it approved lorcaserin, the FDA also approved a combination of phentermine and topiramate (now marketed as Qsymia in the US) despite concerns about its cardiovascular risk.

When Qsymia was approved in July 2012, the FDA hailed it as another treatment option but decided that a study was needed to clarify the risks of major adverse cardiac events such as heart attack and stroke – but only after it was on the market.

The FDA also required training of prescribers and certification of pharmacies and a patient leaflet giving important safety information. 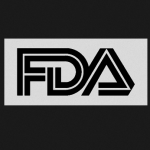 But again, the EMA rejected Qsymia for the second time in February 2013, noting “concerns about the medicine’s long-term effects on the heart and blood vessels” and “about the long-term psychiatric effects (depression and anxiety were reported in the studies) and cognitive effects (such as problems with memory and attention).”

It concluded that “the benefits of Qsiva [European name for Qsymia] did not outweigh its risks and recommended that it be refused marketing authorisation.”

Thus, says Wolfe, “two more diet drugs, following in the footsteps of the now banned phenylpropanolamine, dexfenfluramine, sibutramine and others, were found by the EMA to be too dangerous to be used for weight loss but are considered by the FDA to be ‘safe enough’ for Americans.”

This is not to say that the EMA is perfect, he concludes, “but rather that its recent record on drugs such as these puts the FDA to shame. It is not the resistance of Americans to the risks of these drugs but the intermittently dangerous malleability of the FDA that is the problem in the cases discussed here.”

Mini ice-age coming to the UK